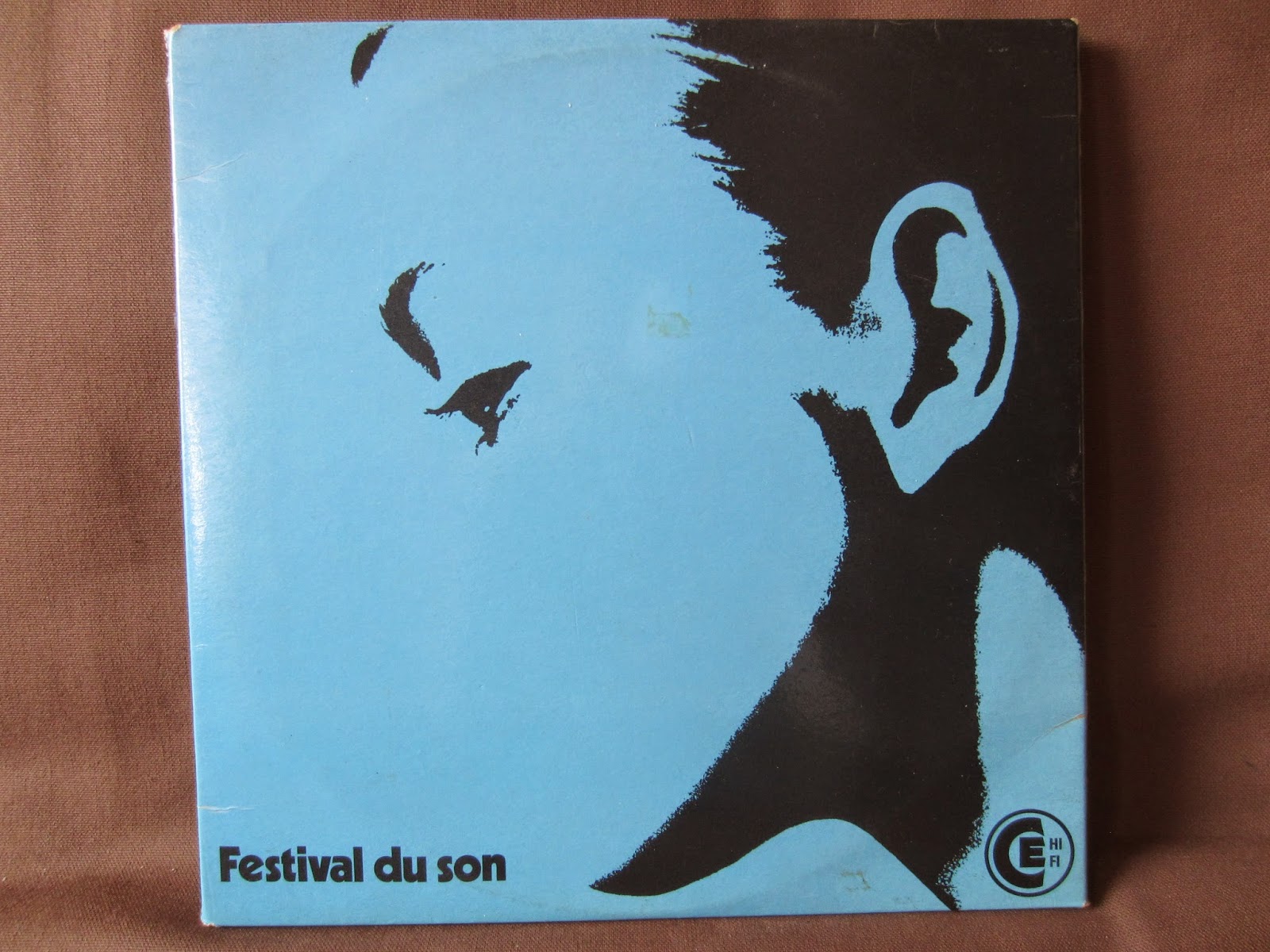 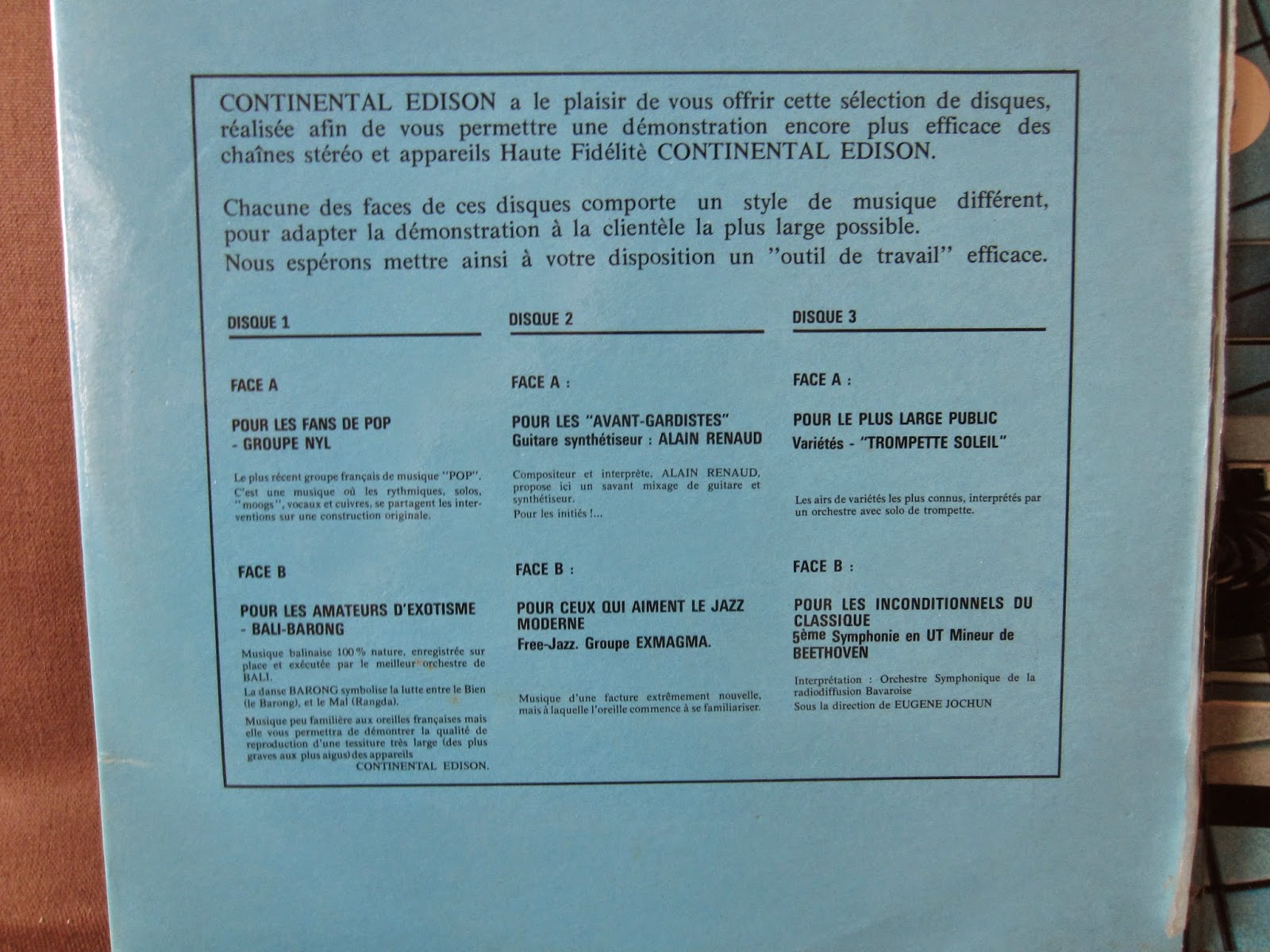 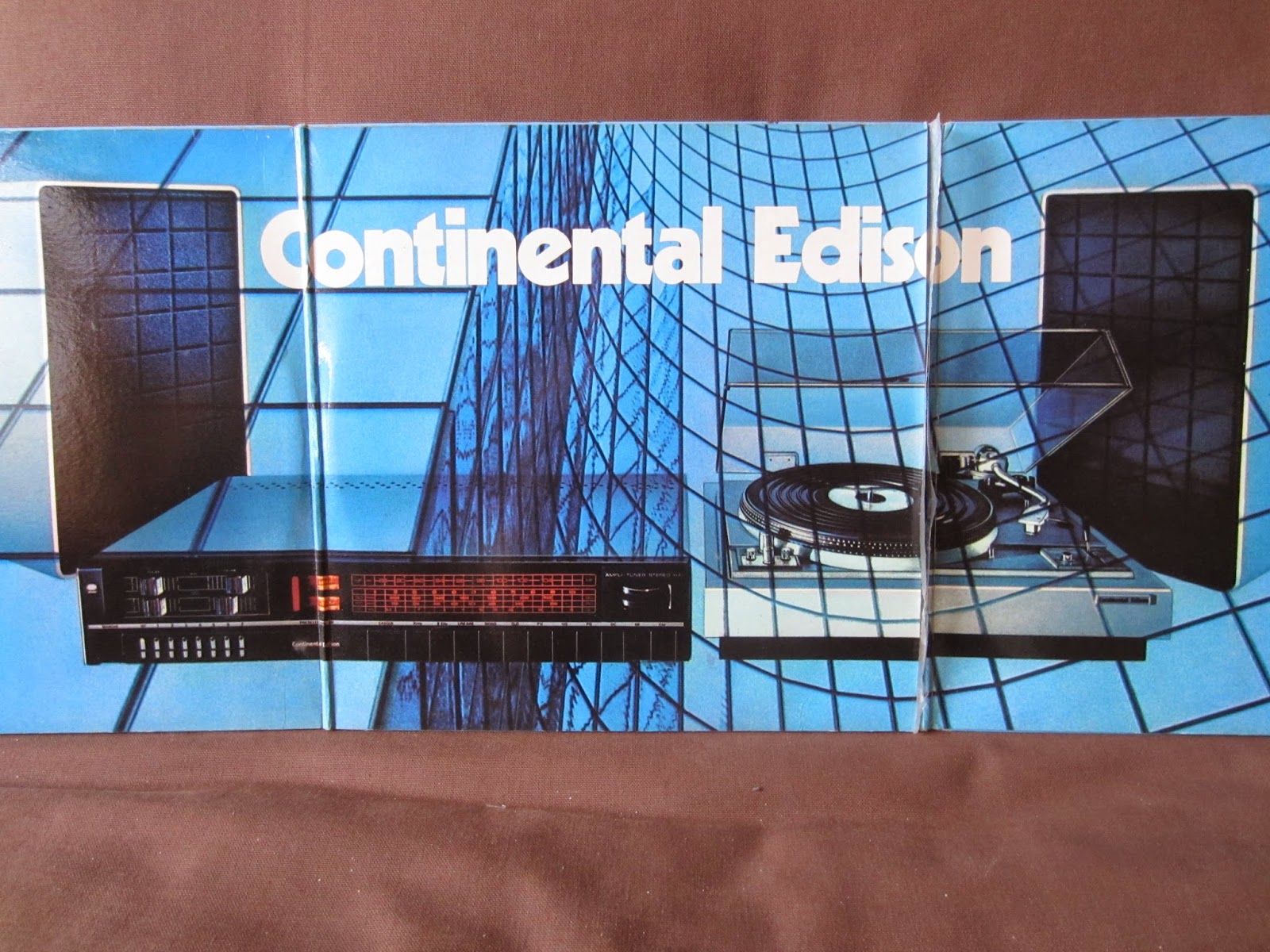 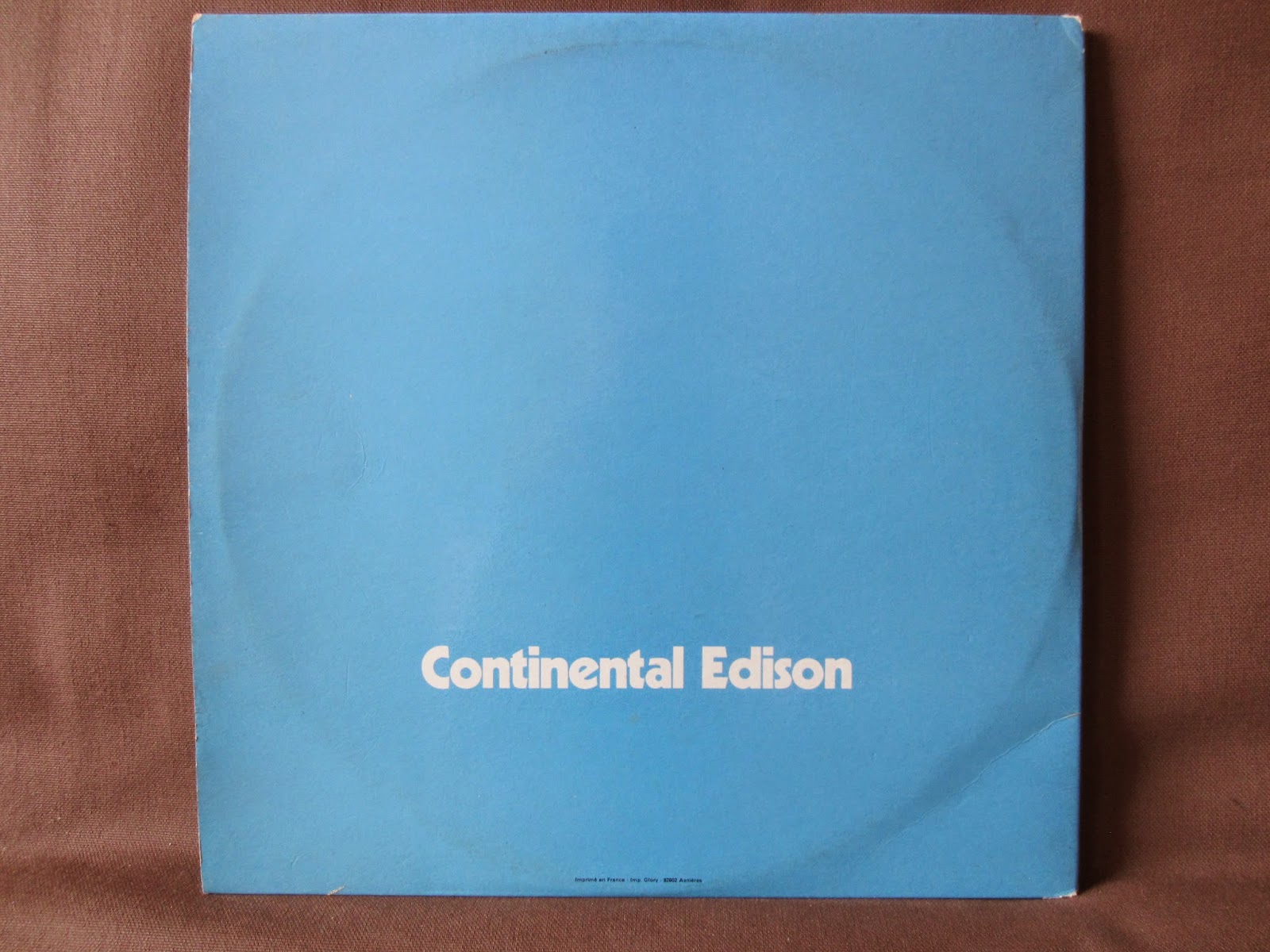 This is a pretty rare trifold record that came out in France as promotion for the Continental Edison audio brand. It was made to demonstrate their hi-fi equipment. Probably through the music industry and some record label connections this record somehow got some of the weirdest bands from France's seventies on there. Most of these bands were on Richard Pinhas' (Heldon) Urus Records which was called Disjuncta before that. Every side of the record was dedicated to a different audience and had one act covering one whole side. None of the tracks have titles listed. The last record has an easy listening trumpet orchestra on the E-side and a Beethoven suite on the F-side, which I did not include in this rip. The rest of the sides are recordings of great underground acts of zeuhl and progressive rock music. It's a mysterious combination of acts on a promotional record like this. I don't know if Festival Du Son was indeed a real festival, I can't find that information.

The A-side (Pour Les Fans de Pop) is represented by French Zeuhl band Nyl which made one pretty good album in the mid-seventies and is a prime example of a Gong and Magma influenced psychedelic rock band, but for this record described as the "pop-music representative". The first song (of the entire record actually) might sound pretty generic, but later on the music becomes more psychedelic and agressive with cool French English Vocals. I really think that Nyl was a much better band in reality than is to be heard on their only published record.

The B-side (Pour Les Amateurs D'Exotisme) is the Gamelan group Bali-Barong from Indonesia that was recorded during a field recording by Jean-François Bizot, who also created Actuel (sub-division of BYG records imprint) and was an important person in the French underground culture from the seventies and beyond. Bali-Barong published one album on Disjuncta records in 1975.

The C-side (Pour Les Avant-Gardistes) is by French psychedelic guitarist Alain Renaud, who was also in Heldon in the early seventies and made a couple solo albums. His music on here is a typical mixture of acoustic and electric guitar combined with some synthesizer sounds. I kept this side as whole as I felt it was intended originally like that.

The D-side (Pour Ceux Qui Aiment Le Jazz Moderne) is done by one of my personal favorite Krautrock groups from the seventies Exmagma. Exmagma was from Stuttgart and consisted of Thomas Balluff, Andy Goldner, and Fred Braceful (who also played with Wolfgang Dauner in his group Etcetera). Exmagma played some top notch fully improvised jazz-rock kraut and have made two legendary albums.

All in all it's a cool record with some  recordings of bands of which we don't have that much material. Possibly this material is also on some of the already published records by these artists, but I was too lazy too verify. I had to record the album quite loudly because of the crackly condition. Ironic that Continental Edison used this record as a showcase of how great their audio equipment was, but pressed the music on some of the thinnest slabs of vinyl you can imagine and put it in hard plastic inner sleeves. Some internet prices I have seen for this are not worth it. Anyways. 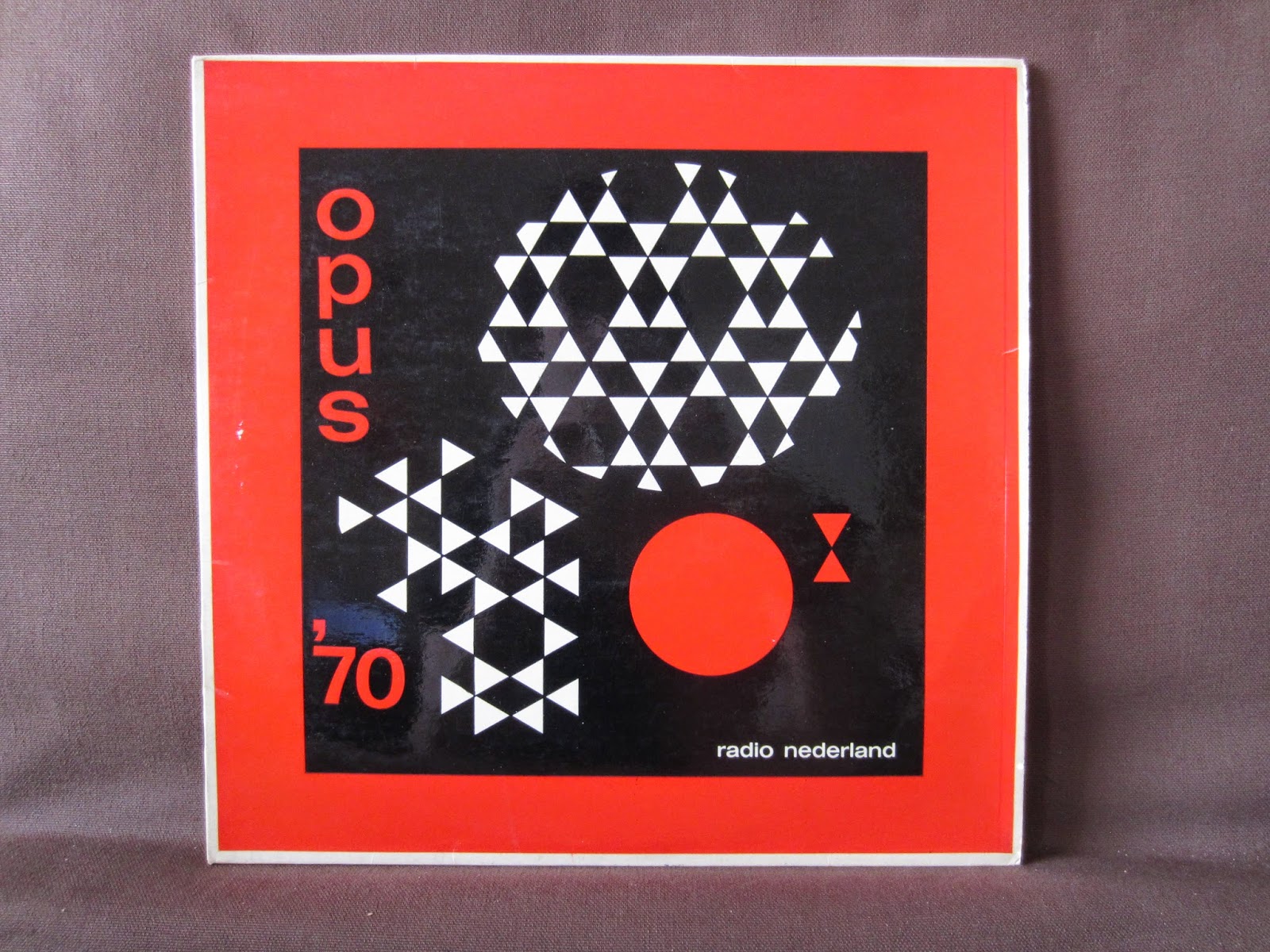 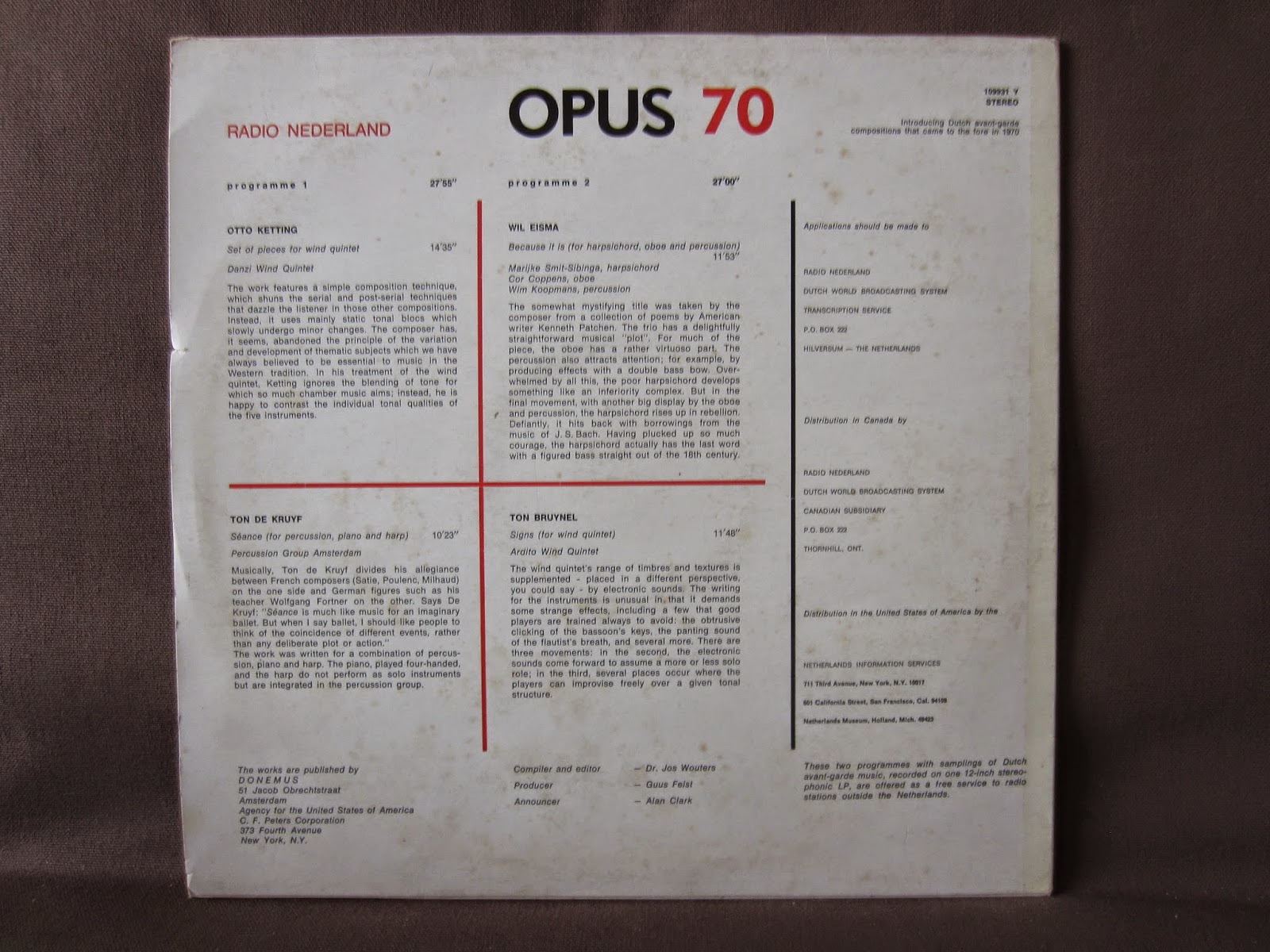 Next up on the blog is this pretty interesting promotional compilation of Dutch Avant-Garde composers. Opus '70 was published by the Dutch world radio broadcasting system to be distributed in the United States and Canada to shed light on contemporary composers from Holland. On both sides of this record there is a program introduced in English to be transmitted by foreign radio stations. The pieces are variably incalculable, spacious or created by weirdly processed instruments.

The composers on here are Otto Ketting, Ton de Kruyf, Wil Eisma and Ton Bruynel. These four composers stand out as some of the most important composers of the Dutch Avant-Garde alongside Louis Andriessen and Ton de Leeuw just to name a few. Specially Bruynel did some great works of electronic music and musique concrète which I recommend you to find. On this record his piece is also the only one with electronic sounds and electronic processing. You can see him here in a clip in Dutch in which he talks about his music.

The cover of the record looks great!