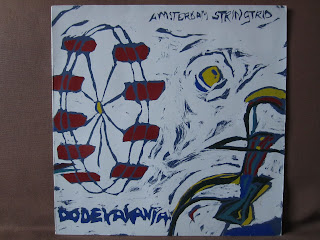 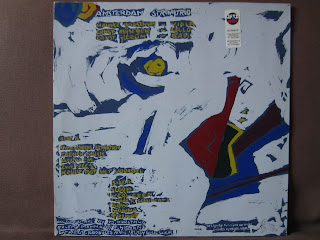 The Amsterdam Stringtrio was a one-off project formed by Cellist Ernst Reijseger, Violinist Maurice Horsthuis and double bass player Ernst Glerum. Three Dutch string instrument musicians that recorded this album in Amsterdam for the occasion. All of them have been members of the ICP Orchestra and have played with many other recpected improvisation and jazz musicians, from Lol Coxhill to Derek Bailey.

To me this album is a bit too much substantiated with classical music influences, instead of the anarchic improvisation I usually like. But nevertheless it's still very atmospheric and gets into more adventurous parts throughout its progression. In any case it's another piece of the Dutch avant-garde music puzzle that I try to give attention to on the blog every now and then. It reminds me a bit of Louis Andriessen's soundtrack Golven, Harry Sparnaay's Bass Clarinet Identity II or the Brazilian MEC 70 compilation: all posted here on the blog a long time ago!

Another highlight to me is the incredible artwork of this album which was designed by the artist Maryke de Vries and specially printed by artist Zeger Reyers. Dodekakania was limited to 500 hand-numbered vinyl copies.

Message:
There's a chance the blog will run out of material in the near future, although there are still posts to come. It is getting increasingly harder to find material and I have been doing this for quite some years now. I'm not saying that this blog will shut down, but I need to see how the future will develop regarding Arhcaic Inventions based on new material and the future developments in my personal life. It might also somehow elevate or expand into something new, yet similar. Let's see!
Posted by Bence at 13:31 1 comment: 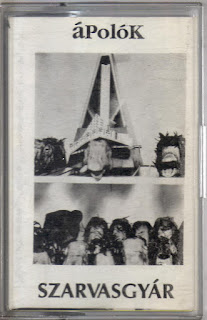 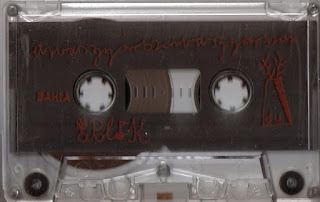