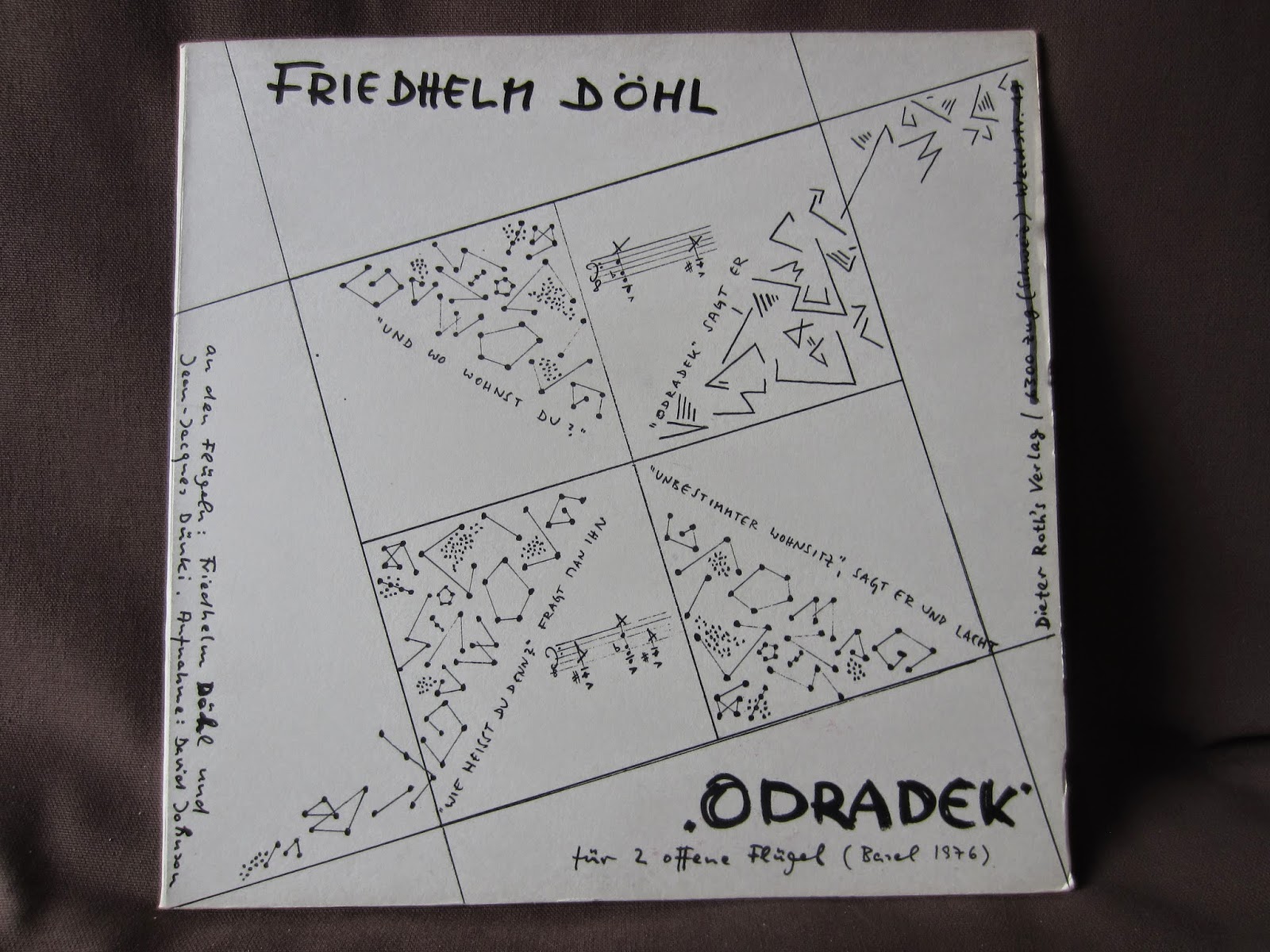 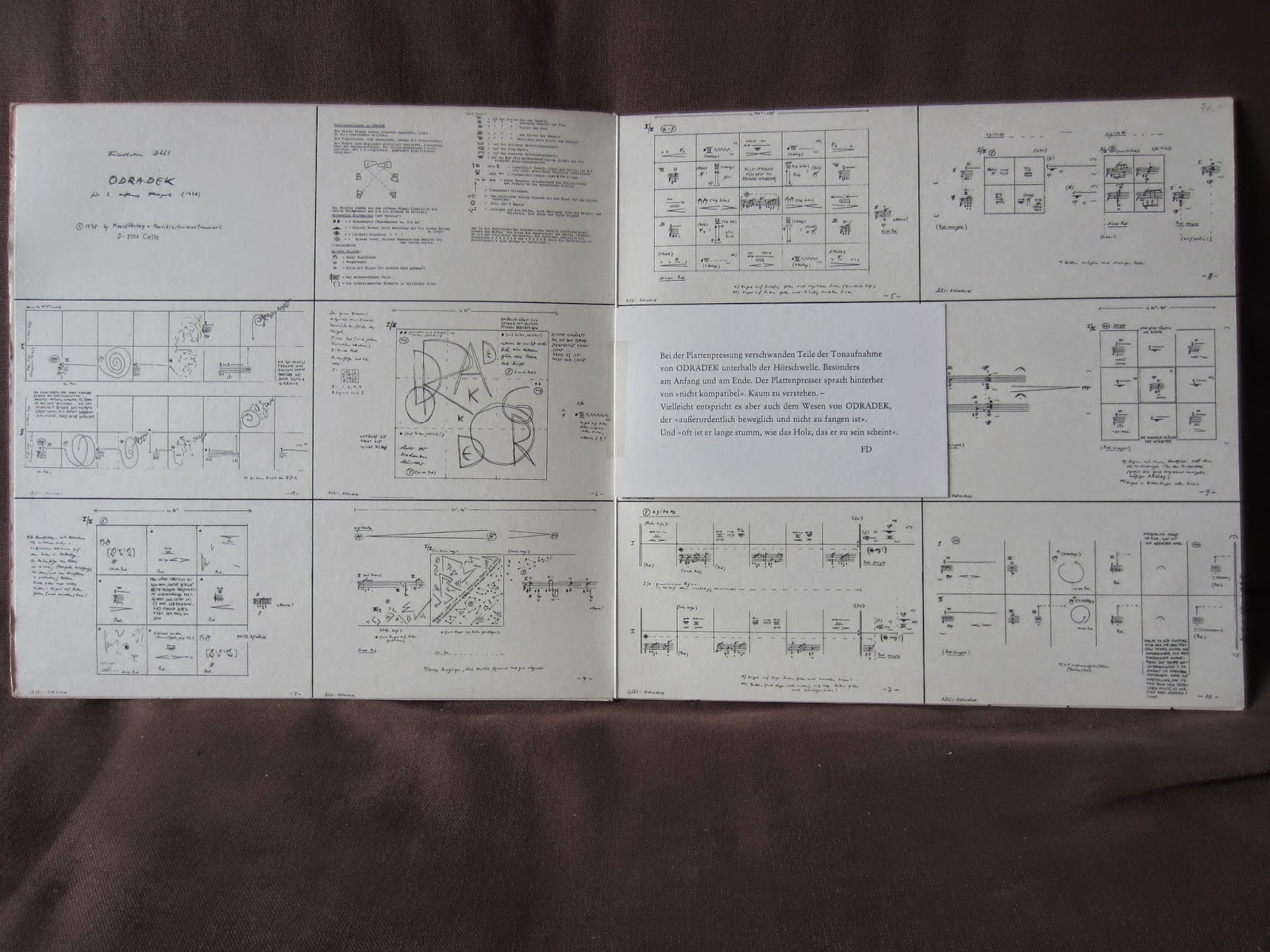 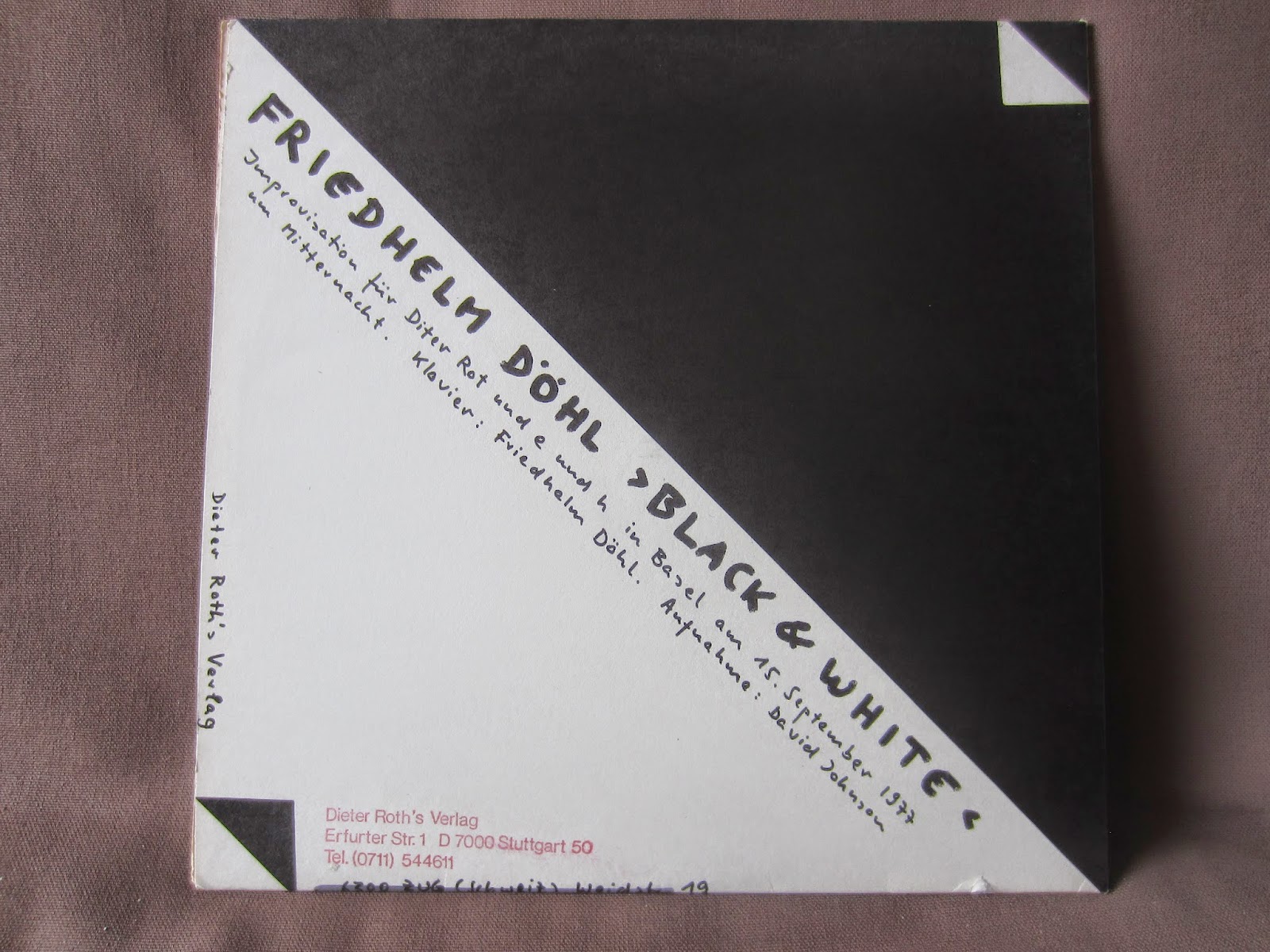 Friedhelm Döhl (born 7 July 1936 in Göttingen) is a German composer and professor of music. He has composed many works of avant-garde music created for piano, chamber groups, voice and electronics.

This record, which was published through the artist label of well known Swiss fluxus-artist Dieter Roth, has two sides of long pieces for piano. The A-side contains the piece "Odradek" composed for two open and prepared pianos and performed in 1976 in Basel, Switzerland. It's an improvisational piece which according to the liner notes could not get captured entirely on vinyl. Therefore the beginning and ending contain almost only silence. The B-side has the improvisational piece "Black & White" which was recorded in 1977 in Basel for Dieter Roth.

This recording contains very minimalistic piano based sounds in which the piano itself is used in a very unconventional manner. A true "artist-record".