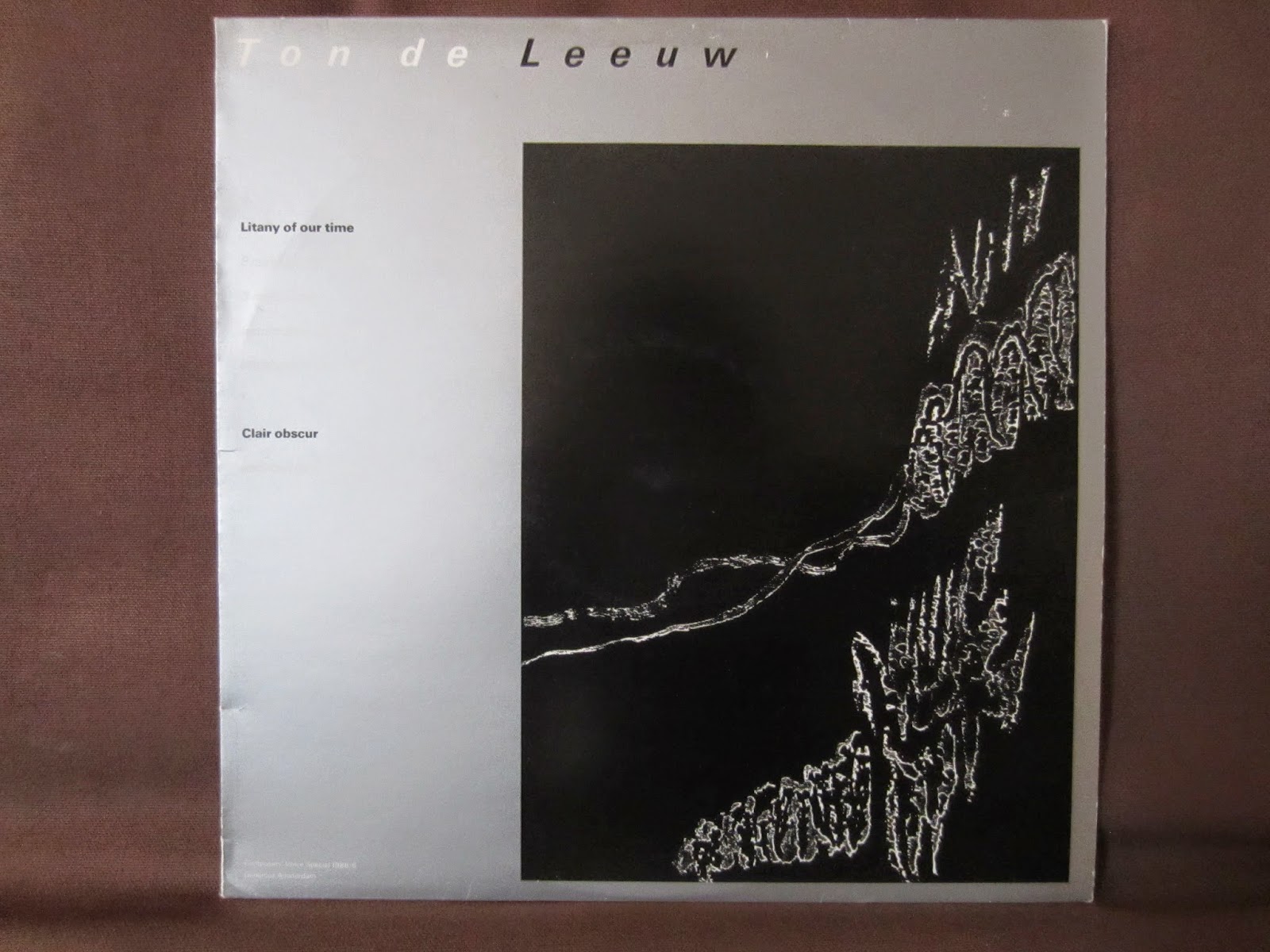 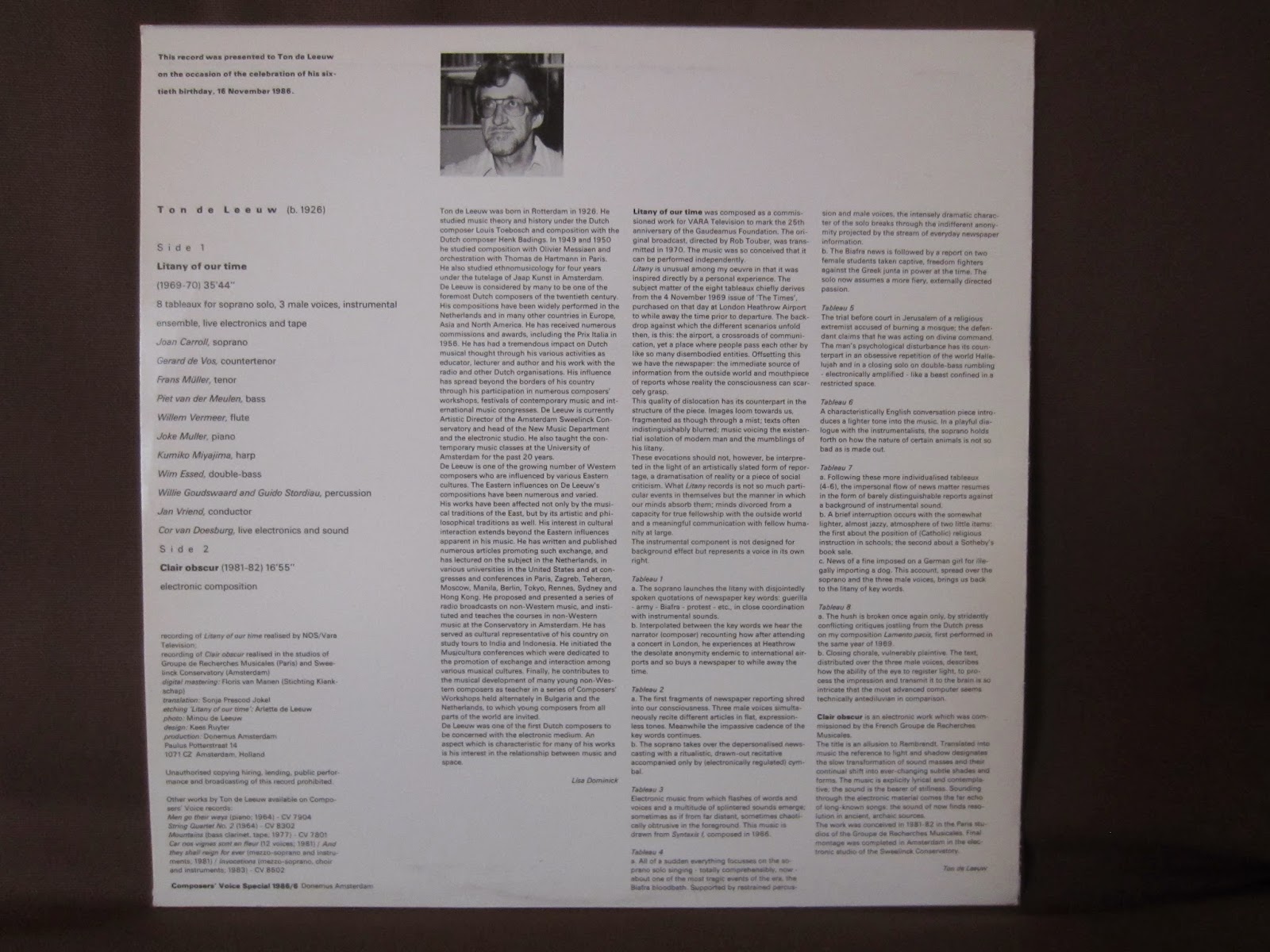 Ton de Leeuw (1926 - 1996) was a Dutch composer who had studied ethnomusicology under Dutch composer Jaap Kunst (known for his studies of traditional Indonesian music in the aftermath of Dutch colonialism). De Leeuw is considered one of the most renowned modern composers of the twentieth century from Holland. He also studied in Paris under Olivier Messiaen and mystical Gurdjieff pianist Thomas de Hartmann. De Leeuw pioneered as one of the first Dutch composers to experiment with electronic sounds. This record came out for the occasion of De Leeuw's sixtieth birthday.

It contains two pieces, the first one Litany of Our Time (1969-70) is a modern composed collage of sounds and words spoken in Dutch and English. It's an interesting diverse piece sung in a sometimes very Rock In Opposition-like way. Reminding me of Sally Potter´s or Maggie Nichols' voice. The lyrics are quite cynical. From the liner notes:

"Litany is unusual among my oeuvre in that it was inspired directly by a personal experience. The subject matter of the eight tableaux chiefly derives from the 4 november 1969 issue of "The Times", purchased on that day at London Heathrow Airport to while away the time prior to departure. The backdrop against which the different scenario's unfold then, is this: the airport, a crossroads of communication, yet a place where people pass each other by like so many disembodied entities. Offsetting this we have the newspaper: the immediate source of information from the outside world and mouthpiece of reports whose reality the consciousness can scarcely grasp.

This quality of dislocation has its counterpart in the structure of the piece. Images loom towards us, fragmented as though through a mist; texts often indistinguishably blurred; music voicing the existential isolation of modern man and the mumblings of his litany. These evocations should not, however, be interpreted in the light of an artistically slated form of reportage, a dramatisation of reality or a piece of social criticism. What "Litany" records is not so much particular events in themselves but the manner in which our minds absorb them; minds divorced from a capacity for true fellowship with the outside world and a meaningful communication with fellow humanity at large. The instrumental component is not designed for background effect, but represents a voice in its own right."

The second piece is an electronic one which title refers to a characteristic of the work of Dutch painter Rembrandt.