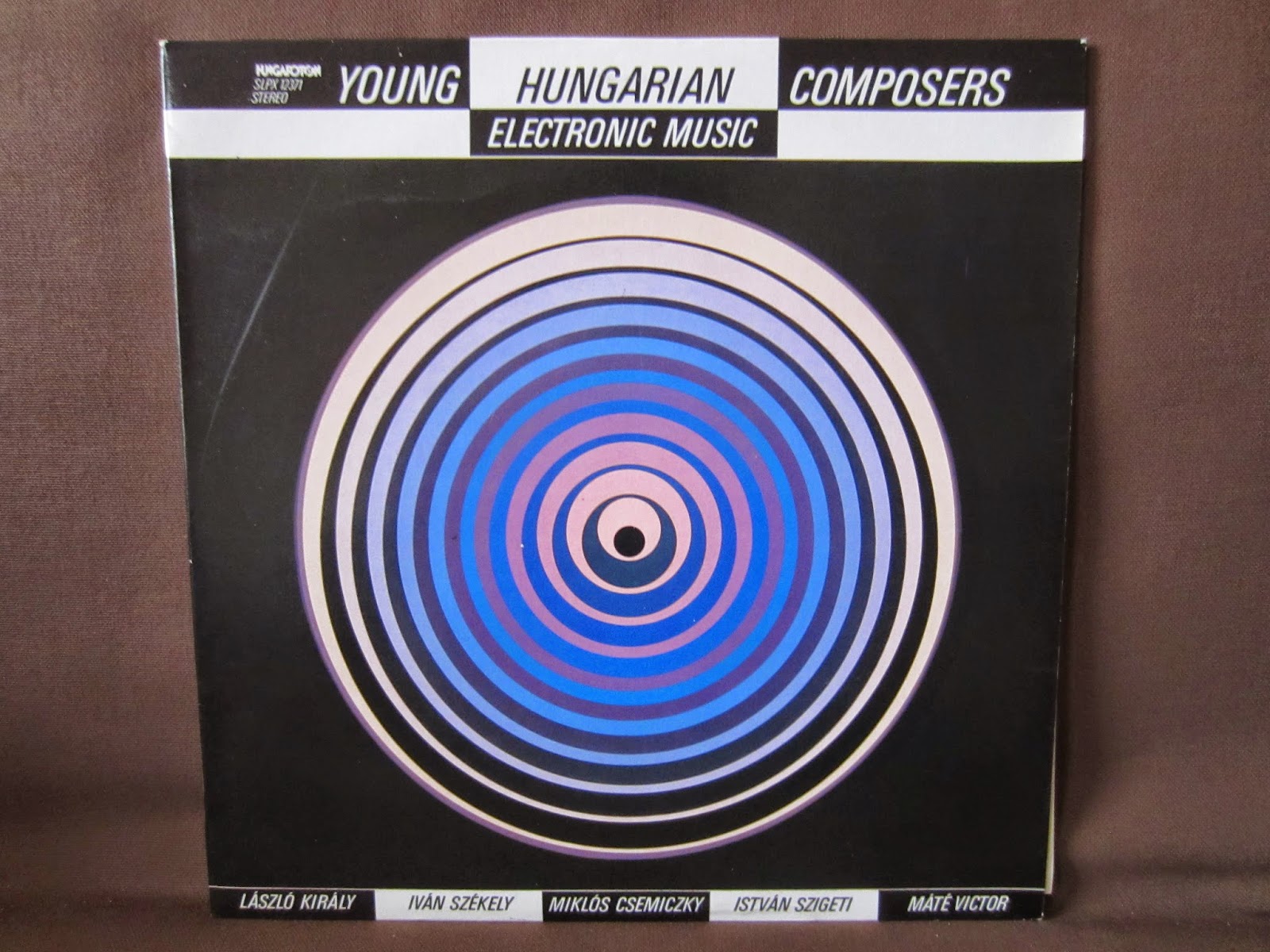 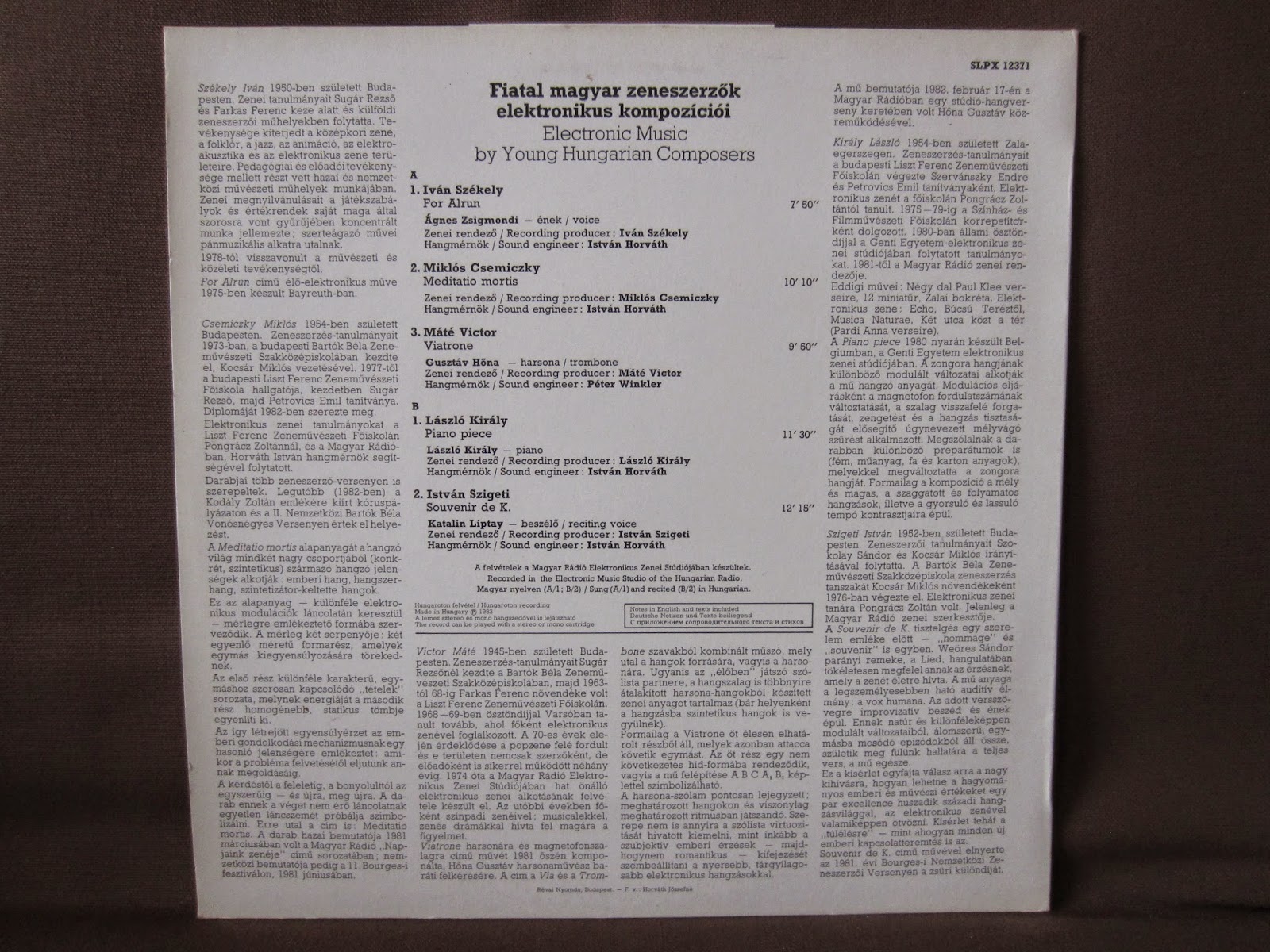 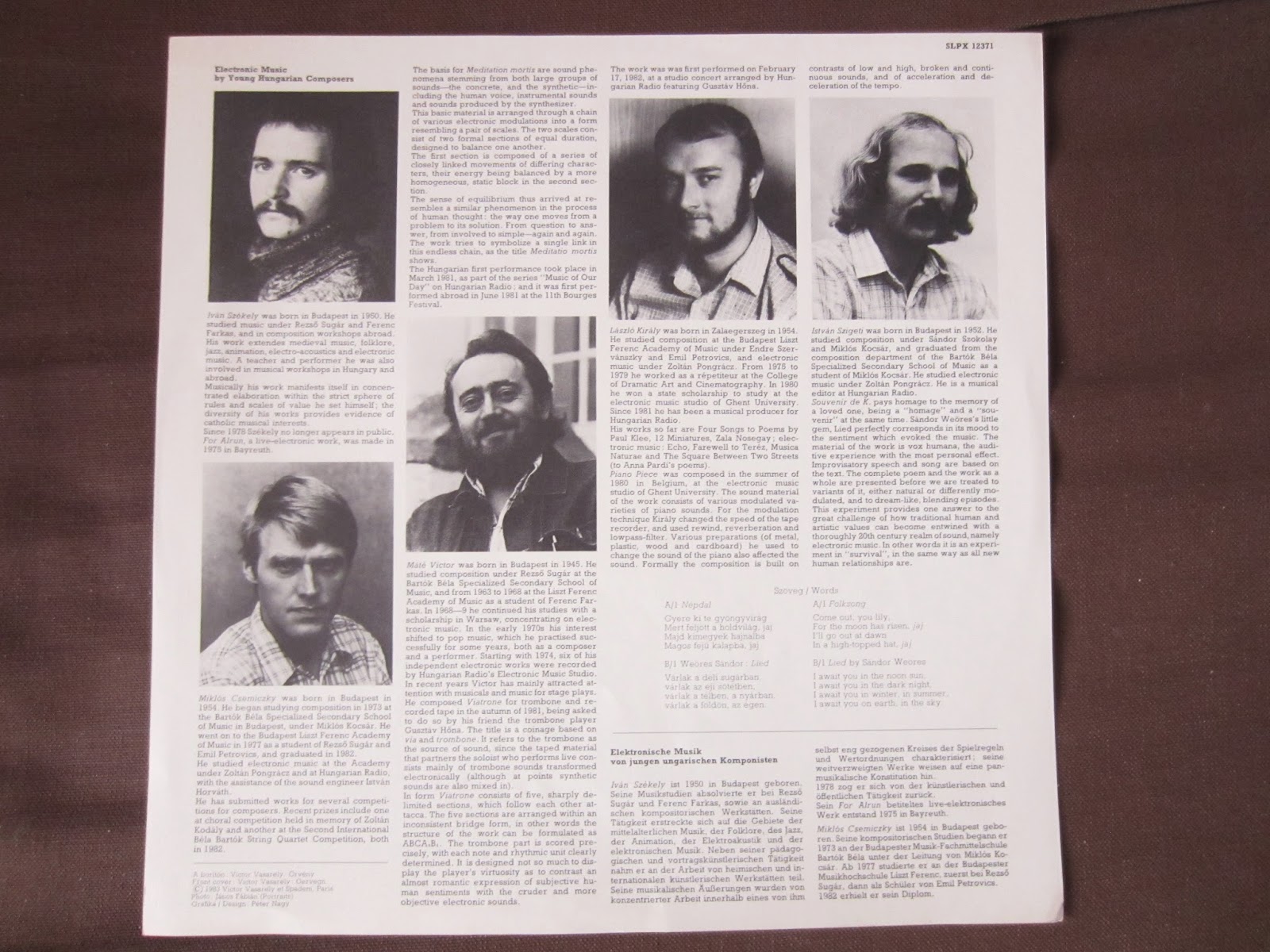 Five Hungarian composers are present here: Iván Székely, Miklós Csemiczky, Máté Victor, Lászlo Király and István Szigeti. Some of these composers have published some solo records in Hungary which are really worth it to check out. The music ranges from electro-acoustic pieces to really intense electronic pulsating sounds intwertwined with singing of Hungarian vowels. It never bores and is really versatile while still creating the feeling that it's a whole, which is an amazing effort done for a compilation.

The first piece For Alrun by Iván Székely was recorded live in 1975 during an electronic music showcase in Bayreuth. The record starts and ends with two Hungarian folk songs to complete the musical journey:

Folk Song:
Come out, you lily,
For the moon has risen, jaj
I'll go out at dawn
In a high-topped hat, jaj
Weöres Sándor: Lied: