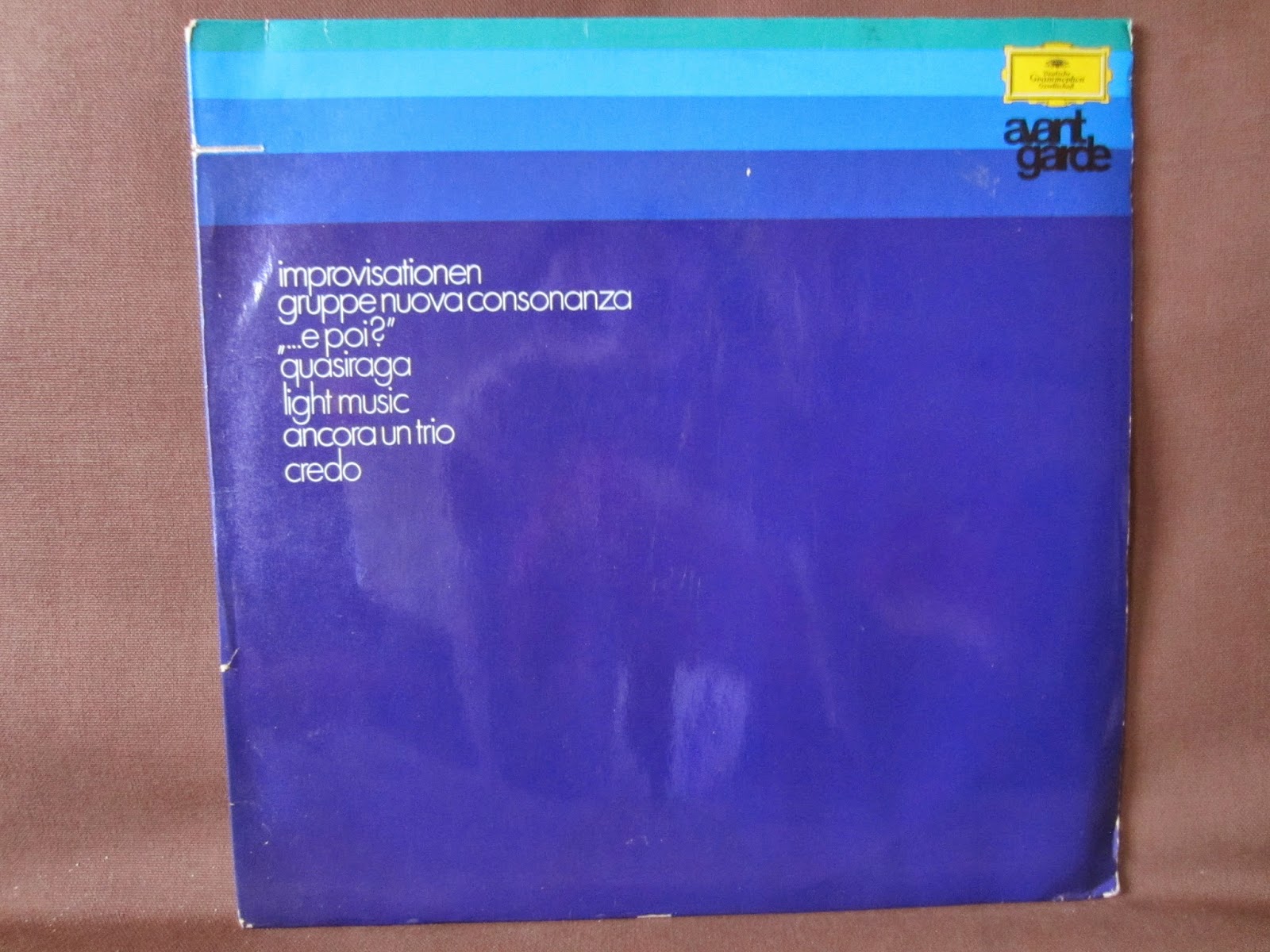 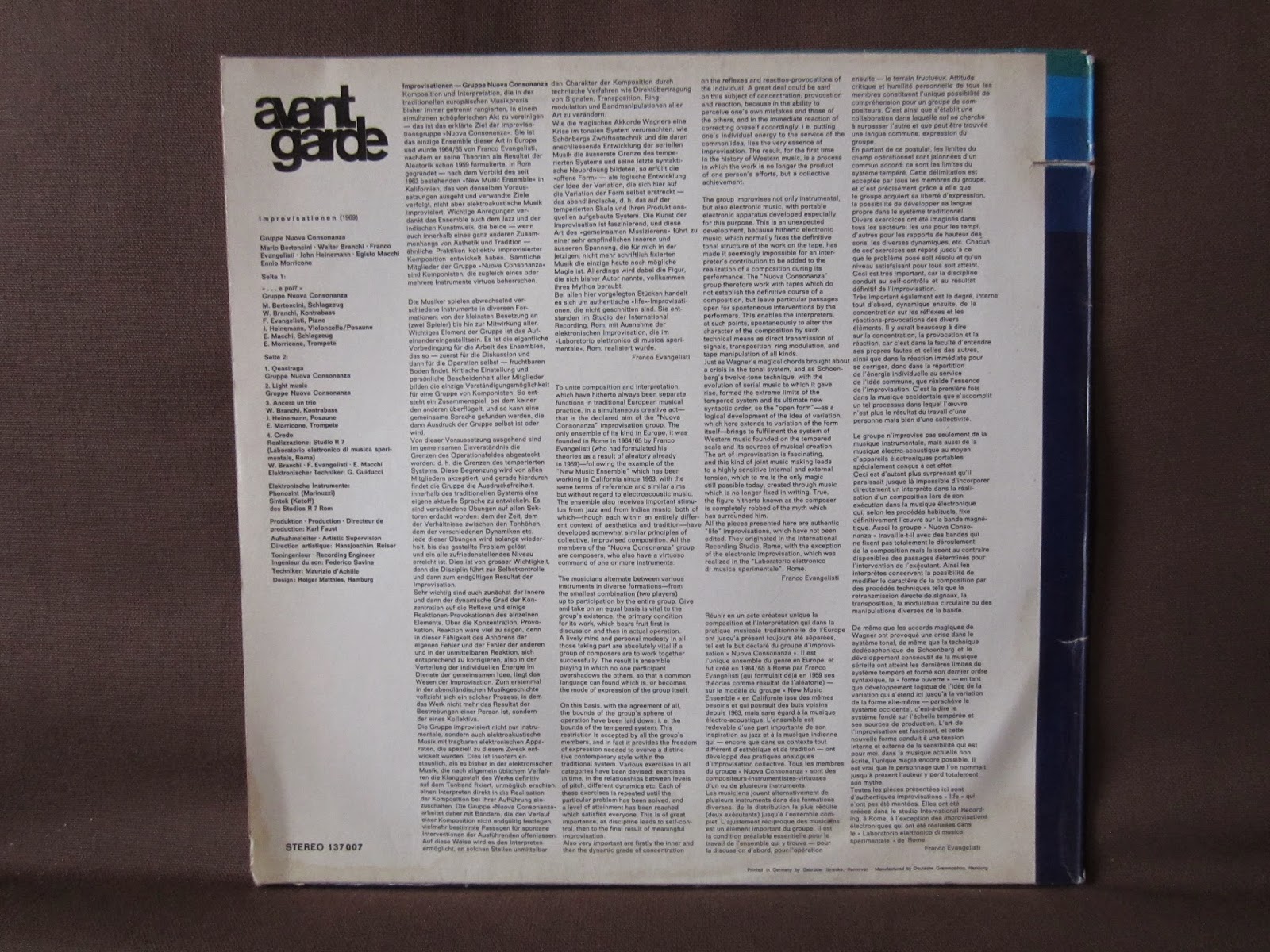 So this probably doesn't need too much of an introduction, but I'll do it anyway. Gruppo di Improvvisazione di Nuova Consonanza (also The Group or Il Gruppo) was an Italian free improvisation Avant-Garde group. The three main people involved were Franco Evangelisti, Ennio Morricone and Egisto Macchi. They have created numerous incredible albums ranging from electro-acoustic improvisation to jazz to beat-driven psychedelic rock in a krautrock fashion. The coolest thing was that they were already men in their fourties when they made all this music.

Lately many of their records and recordings have been reissued by multiple record labels as well as some of the records made by individuals of the group. I can strongly recommend the solo work of Egisto Macchi. Morricone's work we all know by the legendary soundtracks he produced for movies like The good, the bad and the ugly and Once upon a time in the west. Italy's library and soundtrack music will always prevail over that particular genre of music elsewhere.

This record is a typically full-improvised recording of the group that was even published by the very renowned Deutsche Grammaphon company that was specialized in classical music. I know this was available on the web at some point, but is barely to be found these days so I thought it was a good idea to share again.