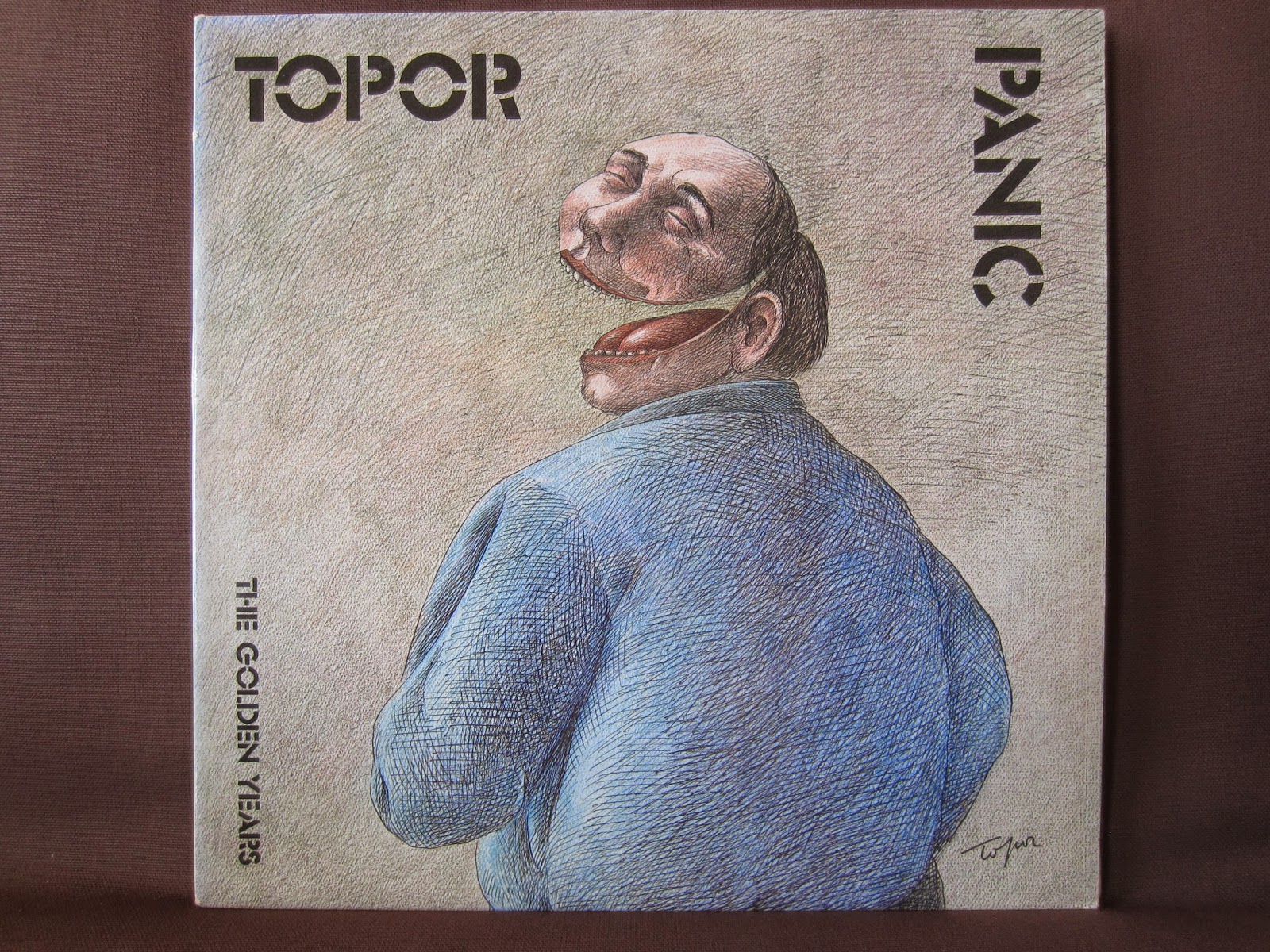 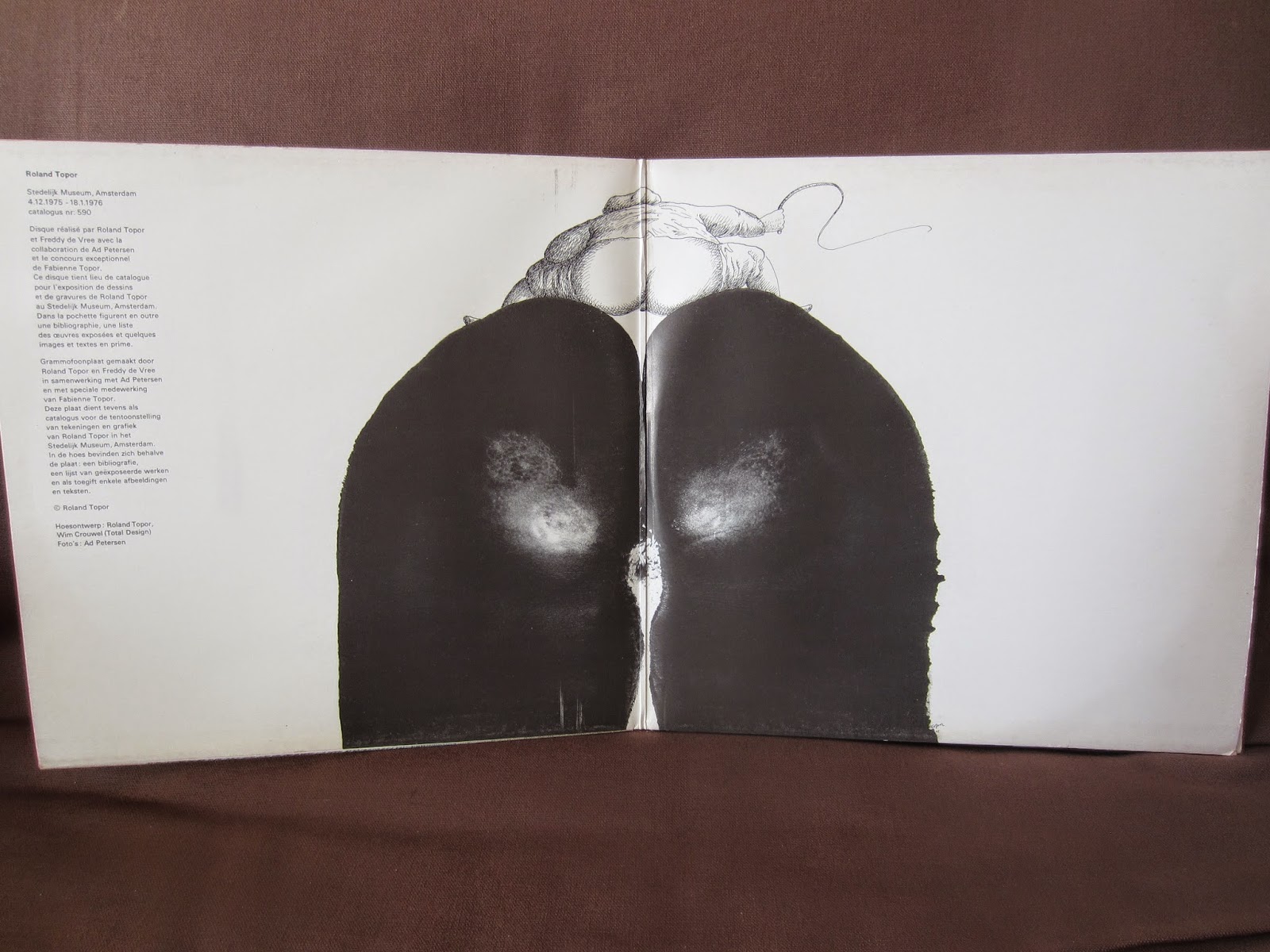 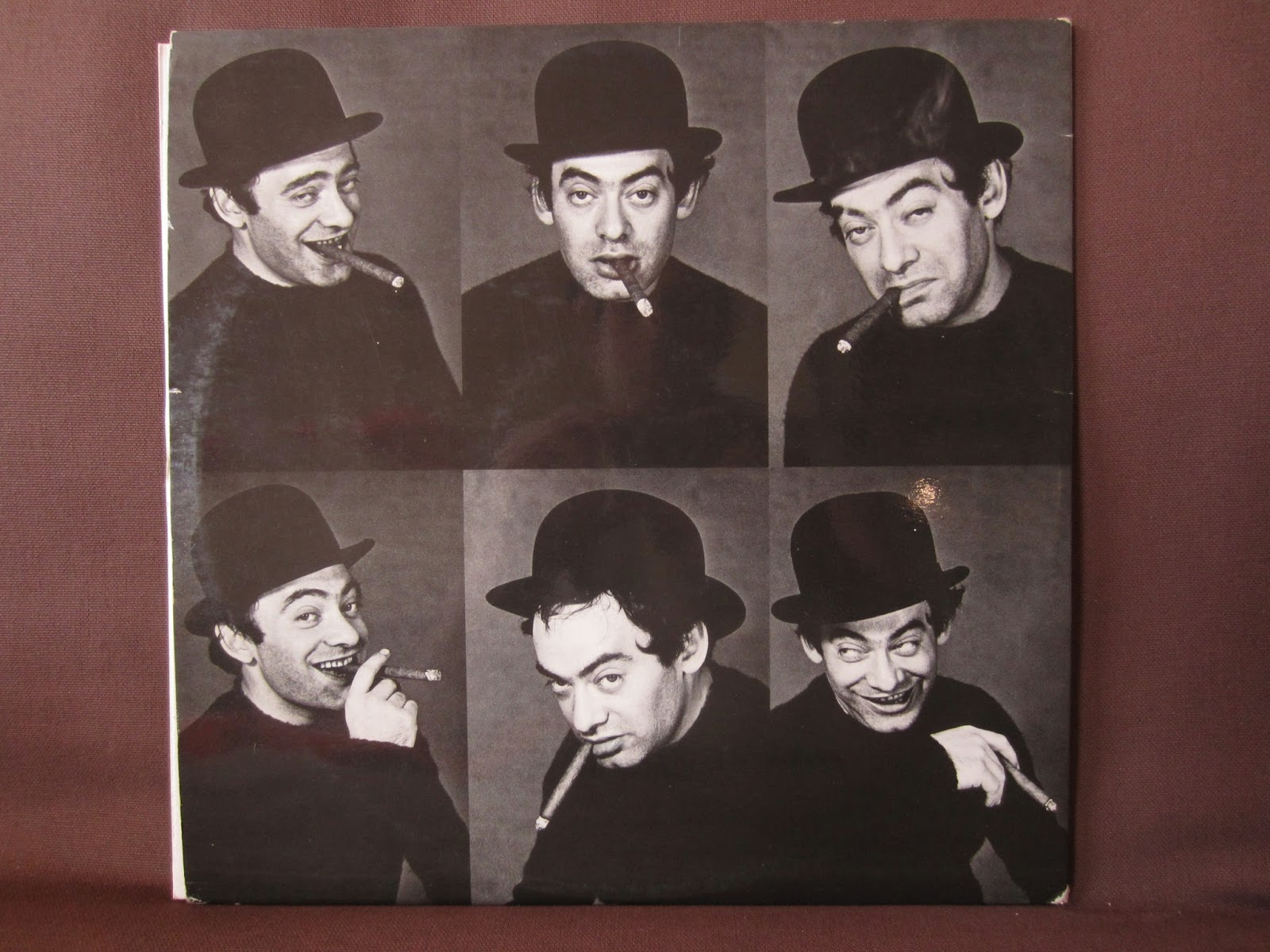 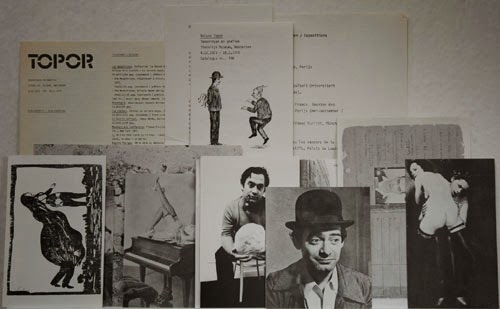 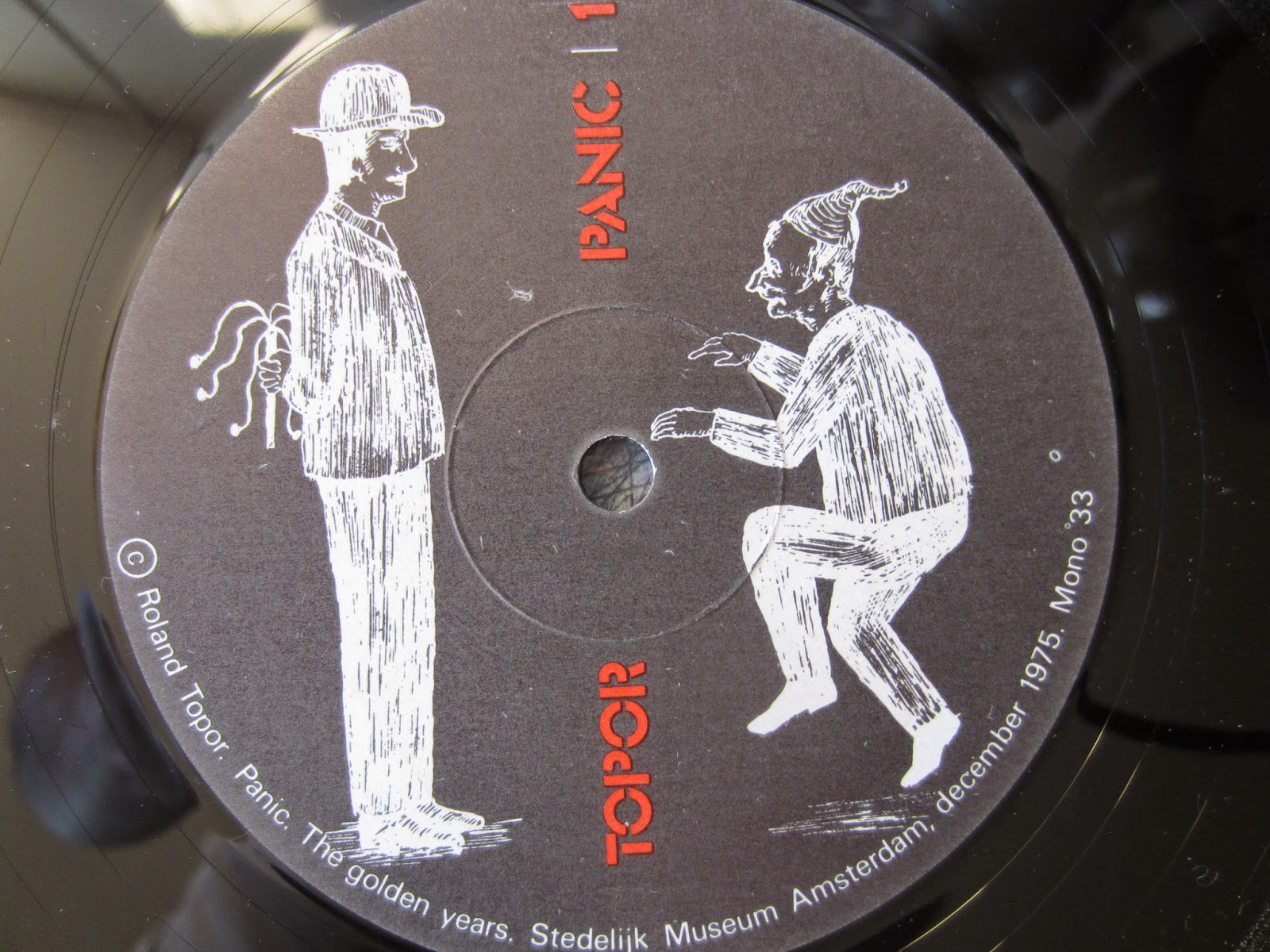 Roland Topor (1938 - 1997) was a French illustrator, painter, writer, filmmaker and actor who generally made surrealistic and absurd works. He is known for the novel The Tenant which was later adapted to a movie by famous director Roman Polanski and for being one of the creators and illustrators for the magical psychedelic French/Czech animation movie  La Planète Sauvage (Fantastic Planet) from 1973.

In 1962 he created the Panic Movement (named after the god Pan) together with Spanish screenwriter, pataphysicist and poet Fernando Arrabal and Chilean director and writer Alejandro Jodorowsky. They did numerous performances and theatre works to oppose surrealism becoming mainstream. You can see a performance here. Topor also wrote songs for French/Japanese singer Megumi Satsu who was friends with French sociologist Jean Baudrillard. So all pieces of the puzzle of life and deviancy are here.

This record of Roland Topor came out in 1975 for an exhibition of his work at the Stedelijk Museum (museum of modern art) in Amsterdam in an edition of 500 copies. It's a truly crazy record in which Topor speaks French and Dutch in an insane avant-garde slapstick manner. It's a humorous yet gripping recording that shows the genius and insanity of one of the most unique artists of the 20th century.