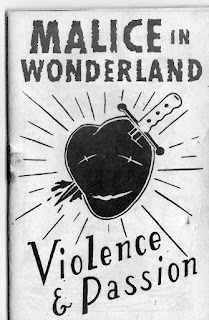 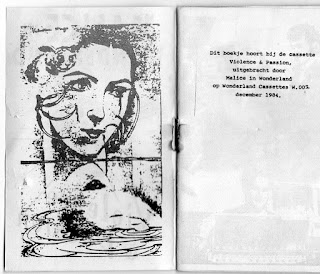 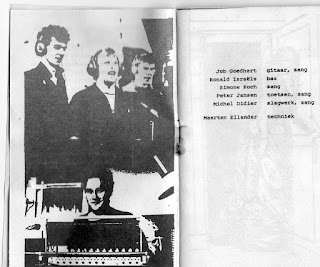 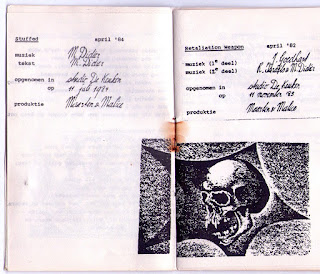 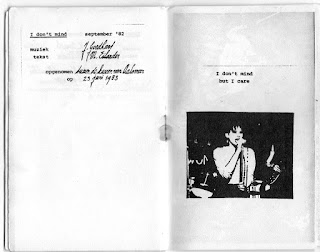 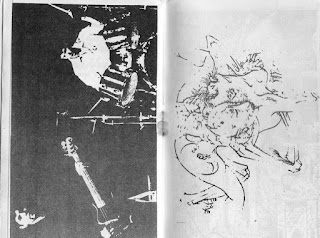 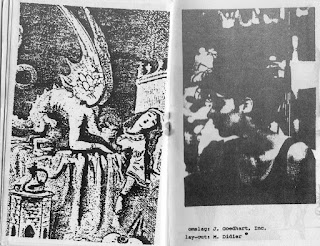 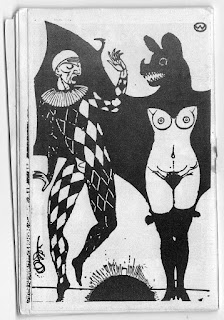 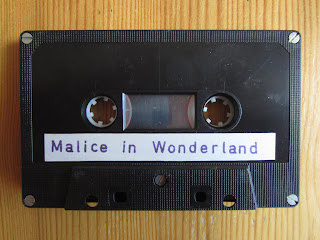 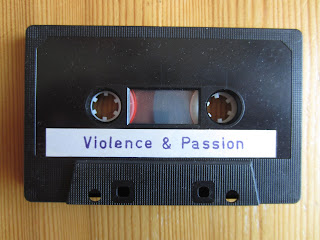 Malice In Wonderland was a classic underground new wave band from The Netherlands (we call that style Nederwave) consisting of Ronald Israëls (bass), Job Goedhart (guitar), Simone Koch (singer), Peter Jansen (keyboards, voice) and Michel Didier (drums). Their music has a distinct bat-cave type new wave style with punk influences that also reminds me of other Dutch groups like Qua Dance (posted before on the blog), WAT or maybe even Soviet Sex.

All tracks on Violence & Passion were recorded live at various Dutch venues that were mostly dedicated to the underground of the 80's in those days. Because of the female vocals, quite elaborated song-writing and the evident use of keyboards it even has something B-52's like to it, maybe something of X-Mal Deutschland too. It's a great relic from the prime of new wave in The Netherlands in its purest form when youth centre's were inhabited by Siouxsie haircuts, extravagant make-up and vleermuis fashion.

Violence & Passion was released on cassette in 1984 and came with an extensive booklet showing information on the different tracks, nice pictures and no-future poetry. Quite surprising that Malice In Wonderland hasn't been covered too much, even though so much new wave music has been given attention the last years. I couldn't find it on Discogs.

The cassette shows quite some white-noise since me and my friend found this tape in a quite dusty and old state, probably in the record store since 1984. Still quite some nice wave pop-songs on it!