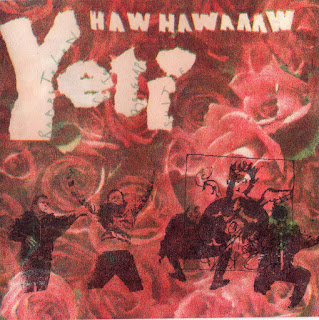 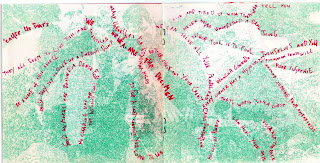 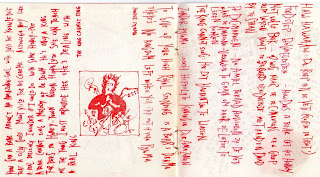 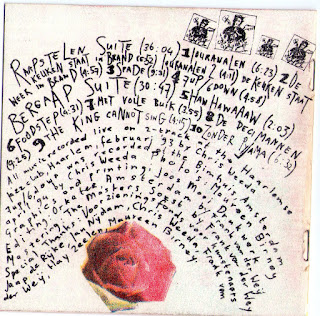 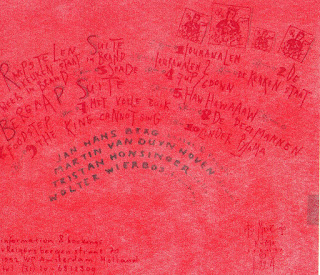 Yeti was a one-off improvisation and free-jazz outfit from The Netherlands founded in 1994. It consisted of Jan Hans Berg on bass and vocals, Martin van Duynhoven on drums (ex-Group 1850, Theo Loevendie Consort etc.), Wolter Wierbos on trombone and American cellist Tristan Honsinger (who has played a lot with Derek Bailey). Basically Yeti brings together again some important figures of the Dutch impro scene and beyond.

The quite lengthy album showcases nice cinematic jazz and improvisation moments that are at times absurdistic as well as loosely inspired by the Nepalese Yeti-myth. It is quite a unique effort that somehow became rather obscure because of the medium through which is was released in its particular time period. The booklet actually shows a nice piece of hand-made DIY-art from the impro scene. Haw Hawaaaw sounds a bit like other things I've posted on the blog before like Ernst Reijseger, because of Honsingers cello-work or even Palinckx & Palinckx.

Another nice slab from the Dutch impro scene of the last decade of the previous century!

Message:
This is the last post I prepared before I left home some time ago. Expect some new uploads on the blog somewhere later this summer since I am currently travelling around in Europe. The stuff that's coming to the blog later will be truly insane! Also in new directions with an emphasis on the Eastern-European underground from the 80's and 90's.
Posted by Bence at 06:57