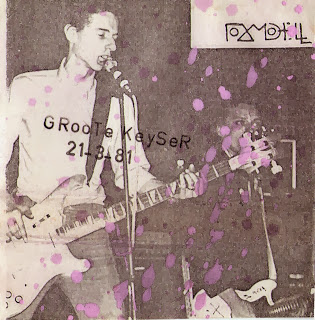 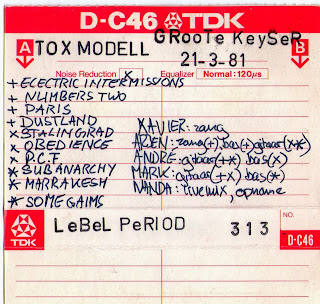 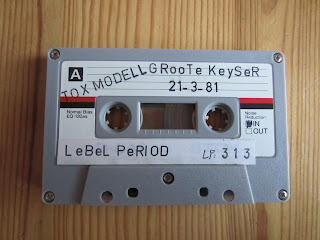 Tox Modell is one the most important, if not most known Dutch bands, from the so called Ultra movement or period that existed from 1980 until 1981. They existed alongside groups like Minny Pops, Nexda and The Young Lions. Tox Modell was founded at the beginning of 1980 in Amsterdam by Andre Bach, Arjen Schrama, Mark Tegefoss and Bob Pieck later replaced by Xavier Martin. They played without drums, so the music would be entirely based on a burst of cacaphonic energy.

This cassette contains a live show they played at the notorious Squat "Groote Keyser" in Amsterdam which back then functioned somewhat like the headquarters for the Amsterdam squat scene. Good thing is that the show was recorded and partially to be seen here. ﻿

This recording contains pretty much the same songs as some of their other live releases to be found here and here. Andre Bach and Mark Tegefoss later started a project called Det Wiehl which you can find here. Nowadays they still have a great project called Deneuve and have made some releases that are really nice and still in print.