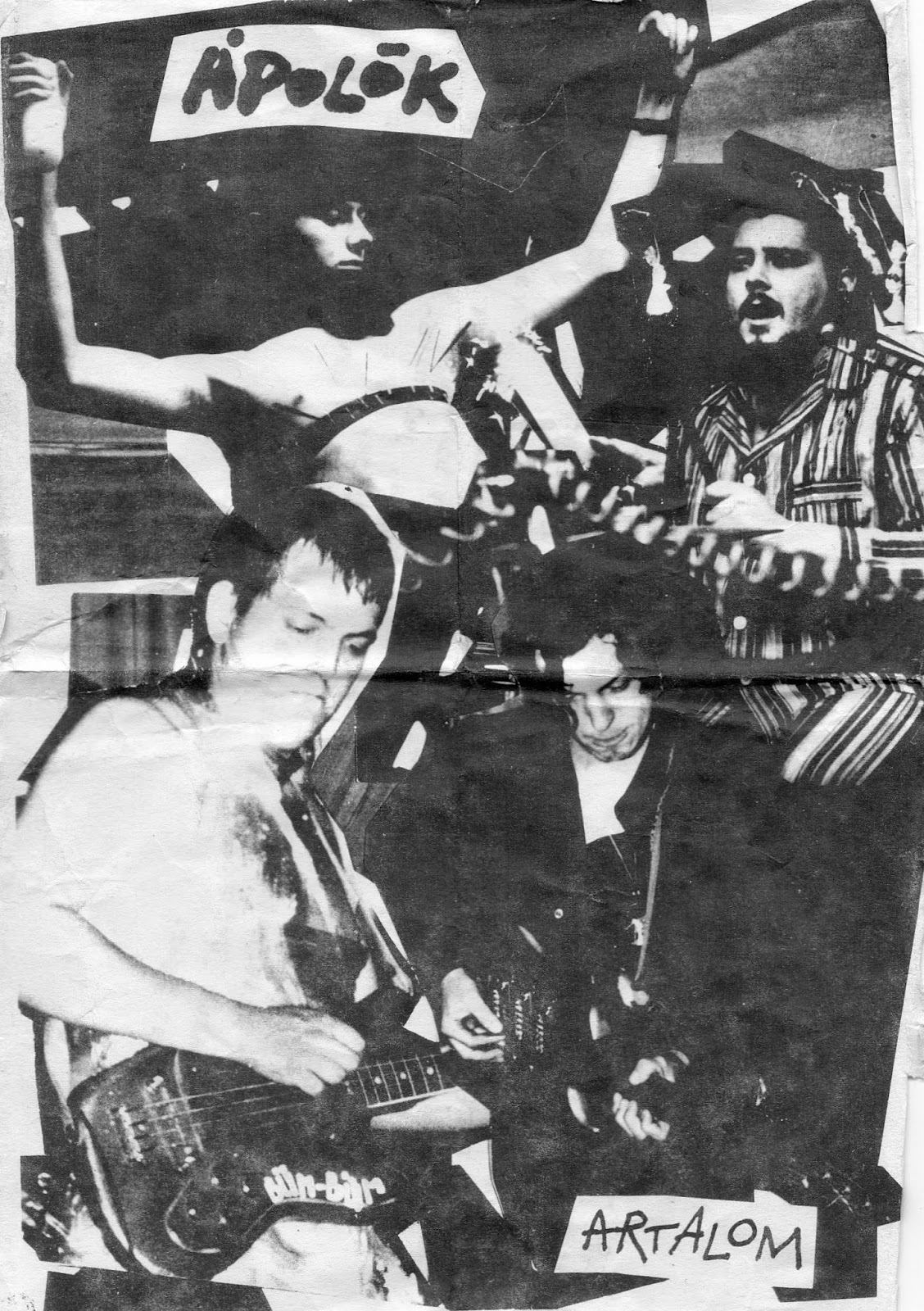 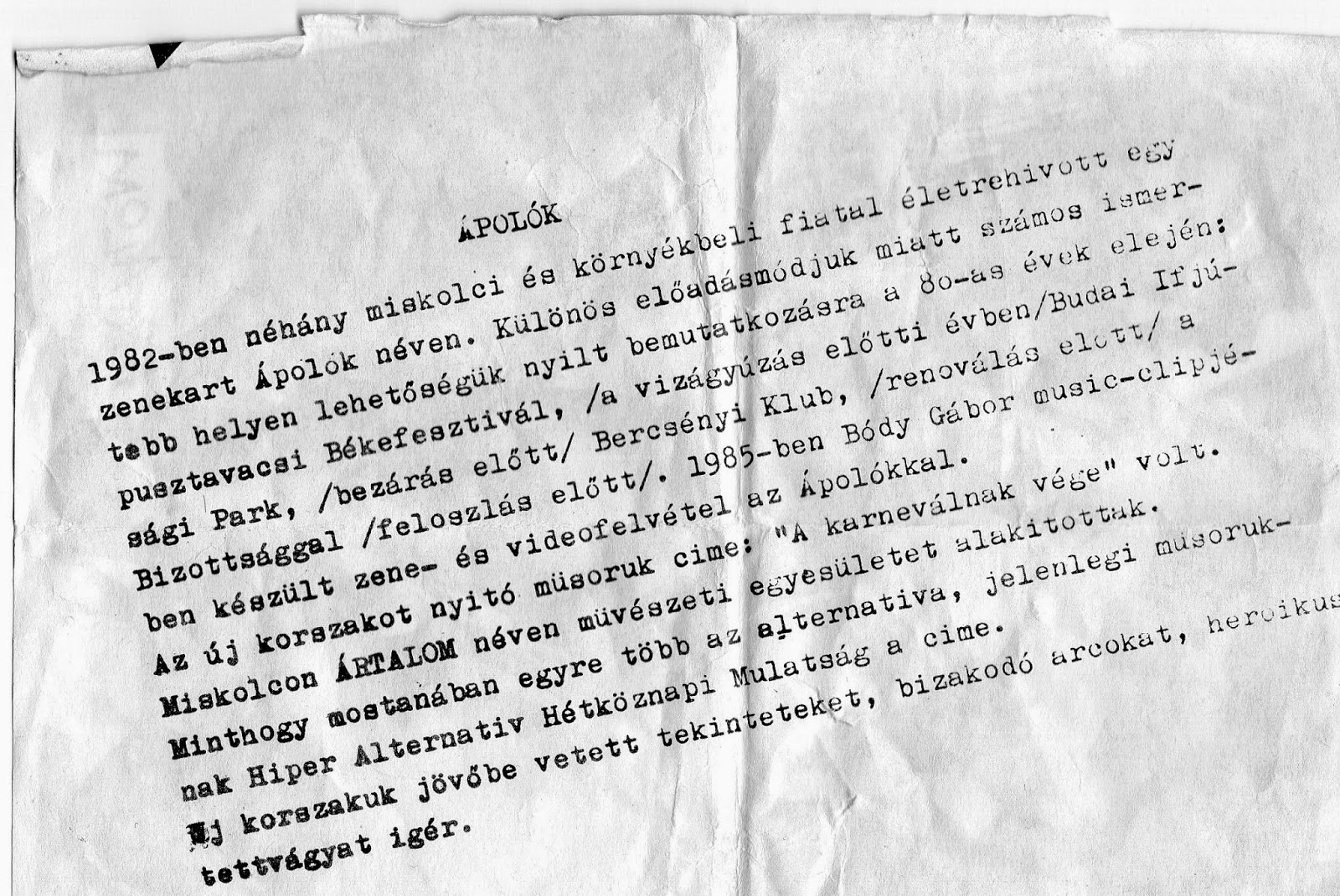 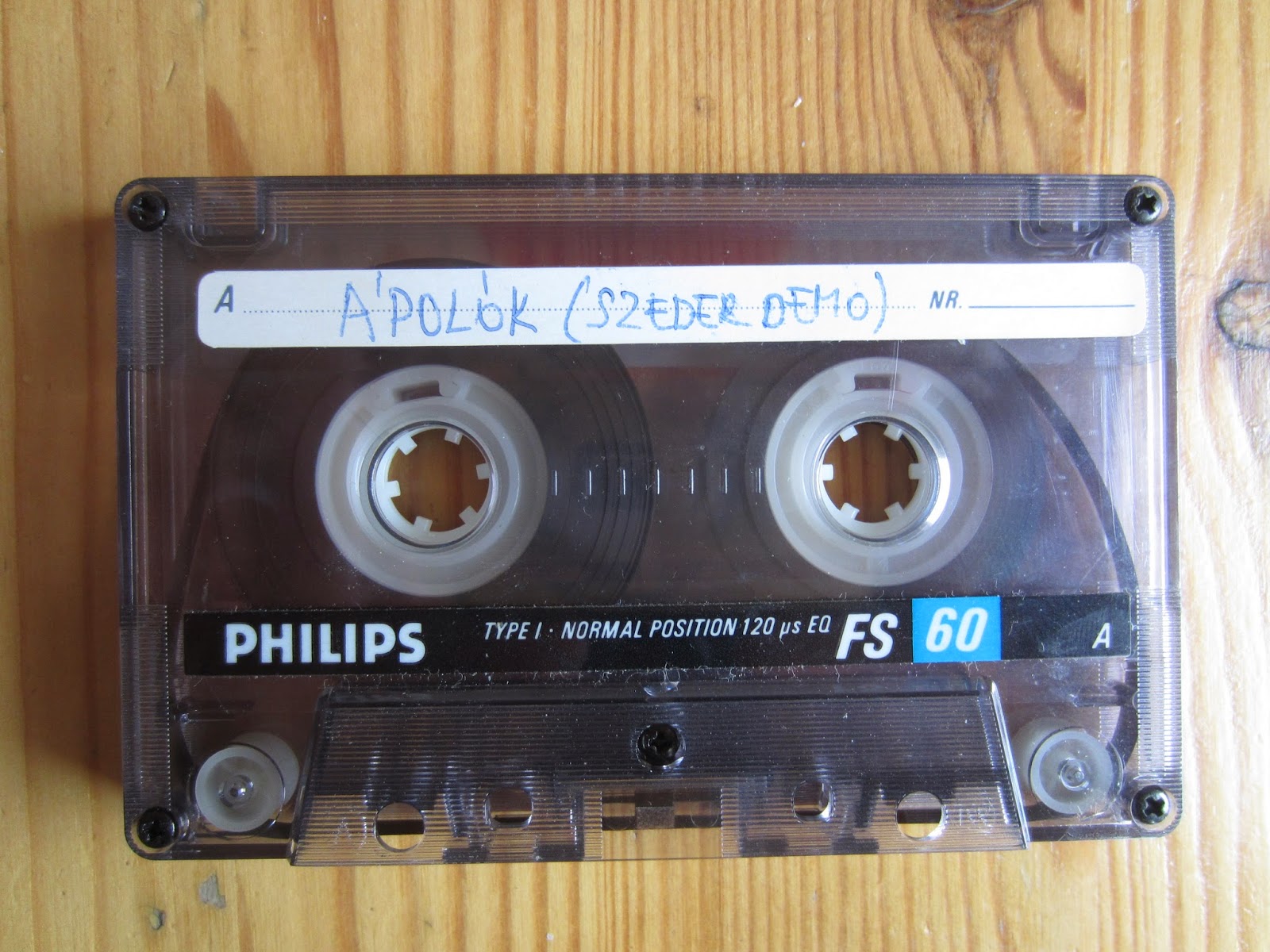 Ápolók, actually written áPolók, is one of Hungary's finest Avant-Garde groups to come out of the eighties. They started out in 1982 and were not from the capital Budapest, but came from a city in the North-East of Hungary called Miskolc. Their name means "The nurses" if translated to English. The city Miskolc is known for its heavy industry and its raw edge. Not coincidentally one of the songs on the Szeder Demo ("Blackberry Demo") side starts with a cacaphonic take on The Beatles' A Hard Day's Night.

Much like their peers A.E. Bizottsag (check them out), Ápolók uses absurdist lyrics, Casio SK-1-driven punk, post-punk sounds and other wonky guitar and piano based movements reminiscent of some R.I.O. bands. They are definitely one of the most underrated weirdo bands to come from Hungary. I'm not quite sure if they ever had proper releases of their old stuff. Even in Hungary they are somewhat of a cultband and quite unknown. In the nineties they did manage to tour around through Europe.This cassette seems a self-made creation of apparently a demo and a studio recording.

Ápolók nowadays still exists through other weird Hungarian bands in which some of the members play, like Büdösök and Csermanek Lakótelep. The cassette did not contain a tracklist, although I'm sure the songs have in fact titles. If you want to know more about Ápolók you have to read this article over here by someone who really got into the whole Ápolók myth.Check below for a song and how a concert of Ápolók  looked like.

Highly recommended and so so underrated!