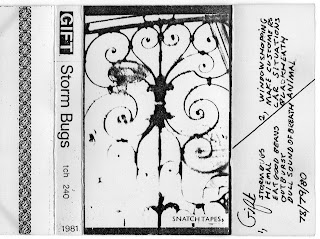 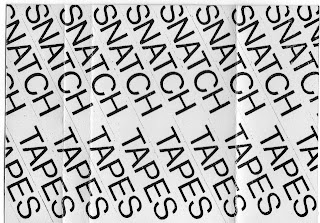 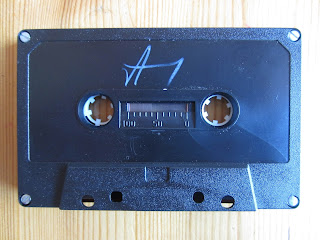 This here is the third and last cassette by the great UK experimental electronic DIY home-taping duo Storm Bugs. Storm Bugs was formed in 1978 in London, by Philip Sanderson and Steven Ball. Between 1978-81 Storm Bugs released 3 cassettes on the Snatch Tapes label and two 7-inch records: the Table Matters EP and the Metamorphose single. Storm Bugs created music comparable to bands like Throbbing Gristle or early Cabaret Voltaire. Snatch Tapes is a prime example of the British DIY sound of the late seventies and early eighties and gained a legendary status among fans of the experimental home-taping culture. It also released the first David Jackman (aka Organum) cassettes. You should read this piece written on UK cassette culture by Philip Anderson himself.