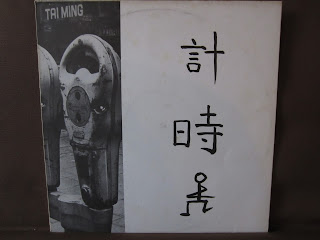 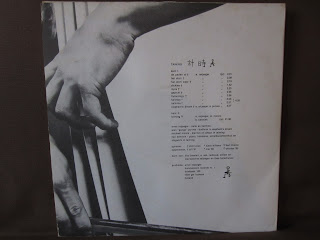 Ernst Reijseger (Naarden, 1954) is a Dutch cellist and composer known for his role in Dutch improvisation and jazz music and for his scores for Werner Herzog films. At an early age he played in the Dutch jazz-rock group Banten, named after the western province of the Indonesian island Java, close to Jakarta. The jazz singer of Banten, Henny Vonk, had Indonesian roots and Indonesia had always had an important relation to The Netherlands because of the colonial exploitation since the Dutch East Indies (1800-1949). Nowadays the great Banten album (included in the NWW-list) is very rare and difficult to find.

Ernst Reijseger kept having own interest in ethnic music and did many projects throughout the decades that contained non-western music in combination with improvisation and jazz. Also he worked a lot with the unorthodox Scottish percussionist Alan "Gunga" Purves who plays a role on this album as well. This album called Taiming has a Chinese theme, obviously containing a joke reference to "Timing". On the sleeve the caligraphy doesn't just display Chinese letters, but also a cellist!

The first side of Taiming is comprised of Dutch style solo improvisation by Reijseger, minimalistically approaching his cello in different creative ways. Actually these impro manoeuvres are so distinctly Dutch that the first piece sounds like a deconstructed version of the title track of famous Dutch movie Turks Fruit (1973) with a soundtrack by Rogier van Otterloo (with a whistling Toots Thielemans). The album also reminds me of the violin improvisation of Polly Bradfield. The second side of the album is the side-long free-jazz piece Taiming played together with impro-jazz legends Han Bennink and Michael Moore.