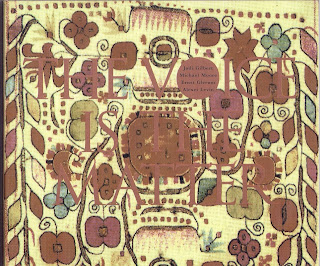 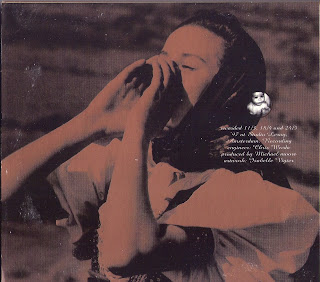 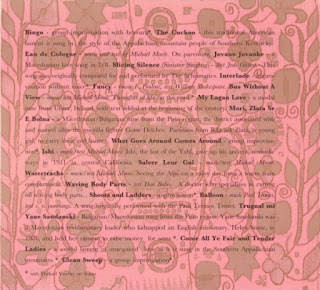 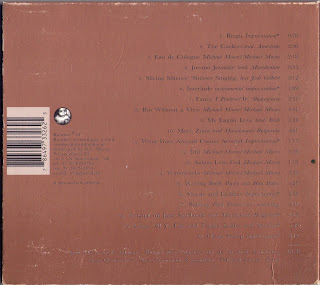 The Voice Is The Matter is a beautiful CD-only release from The Netherlands that was created by American jazz saxophonist, clarinetist and composer Michael Moore, singer Jodi Gilbert (voice, dulcimer), Dutch double bass player and member of the Instant Composers Pool Ernst Glerum, Michael Vatcher (drums) and Russian composer and jazz musician Alexei Levin (piano, accordion). All of these musicians are based in Amsterdam.

The album The Voice Is The Matter was recorded in Amsterdam on March 11, April 18, May 24, 1997, but got released in 1999. Musically it's a mixture of free-jazz improvisation, experimental scatting, poetry, smooth-jazz and Macedonian and Bulgarian folk-song interpretations in which voice is emphasized. All musicians present are also pinnacle figures in the Dutch and international improvisation scene already for decades and have released dozens of different records. I suggest you give some other releases a listen too when you can. The album is also reminiscent of The Schismatics that I posted before on the blog.

Actually the fact that it doesn't reach too heavy 'impro moments' combined with a hollistic album approach causes this recording to be quite dreamy, listenable and comforting. Just the right soundtrack for necessary tranquility during the winter month of December we are finding ourselves in.

Get it HERE
Support and buy HERE