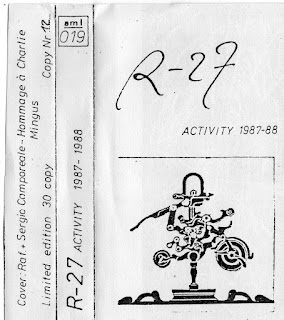 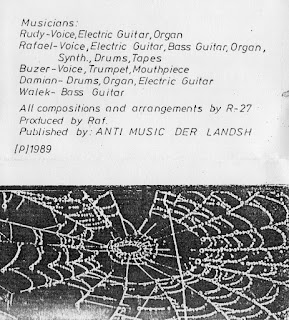 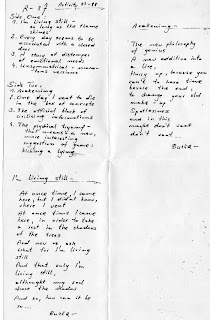 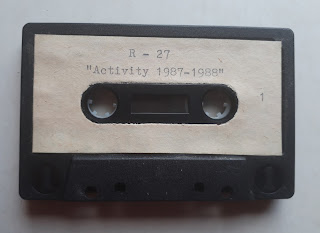 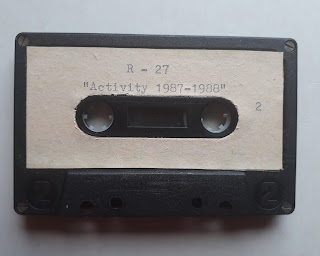 The Polish underground from the 80's was generally influenced by two traditions. One side was the jazz tradition that was very developed in Poland after the Second World War during the communist period. There was a large output of Polish jazz and international jazz artists came to play many annual festivals. From there on jazz-rock and prog-rock cross-overs opened the doors for even more abstract and stranger forms of music that due to their nature were not banned and identified as clear political revolt. Towards the 80's the jazz and improvisation traditions kept evolving in the underground with bands like Reportaż, Kirkut Koncept or 13 -11.

The other side of the spectrum consisted of new music influences that gradually had found their (secret) way into the Polish underground. The improvisational groups were now also accompanied by new wave bands, punks, industrial noise makers and everything in-between. Quite a strong grey and bleak accent was being put in the music, reflecting the last bleak decade of communist totalitarian repression. Obviously some small cracks in the totalitarian regime were already showing and there was a bit of a decrease of cultural repression to be felt, but nevertheless general society was still rough and gloomy during late 80's Poland. A series like Dekalog by director Krzysztof Kieślowski gives an interesting insight in the depressing existential crisis of Polish society at the time. A feeling that in a way was commonly felt in different countries behind the iron curtain. The musical underground can largely be regarded as non-existent compared to that dominant society, that's how marginal things were.

To return to R-27 we can hear some of this existential crisis in the music. The band was formed by amateur musicians that combined different elements of free-jazz, electronics and poetry based on their own subtleties, feelings and expressions. The mood, the state of mind and inspiration came from their own environment: the underground community of Kraków. R-27 released a couple of cassettes in very limited quantities. Most of the recordings are very primitive and lo-fi in quality reflecting their technical means at the time.

Activity 1987-1988 was released on the legendary Polish underground cassette label Anti-Musik Der Landsh in the limited quantity of 30 copies and was dedicated to Charlie Mingus.

I'm living Still
At once time, I come
here, but I didn't know,
where I went
At once time I came
here, in order to take
a rest in the shadows
of the trees
And now we ask
What for I'm living
still
And that only I'm
living still,
although my soul
chose the shadow
And so, how can it be
so... - Buzer