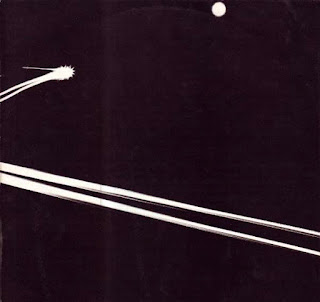 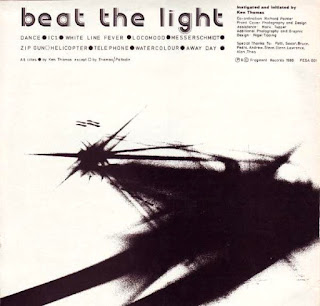 As some of you might know the important English record producer and recording engineer Ken Thomas has sadly passed away a couple of days ago. After some reflections on his legacy and talking with a blog friend we decided to give attention to an obscure solo album that he released in 1980. It wasn't really to be found somewhere and after a bit of searching somebody was kind enough to provide the album.

Ken Thomas had an important role working as a recording engineer for a wide range of influential bands from the 80's onwards. He was involved with bands like Psychic TV (Force The Hand Of Chance, Dreams Less Sweet - which he recorded Holophonically), 23 Skidoo, Clock DVA, The Cocteau Twins, The Sugarcubes, Sigur Ros and many many more. Some of the early music he worked on was released through the British Fetish Records. A music label that started out by re-releasing Throbbing Gristle's The Second Annual Report and later publishing iconic tribal industrial and post-punk bands from England.

The fact that Thomas created an album of his own in 1980 is somewhat lesser known, specially in the light of all the music productions he was involved with. Beat The Light is a collection of minimalist electronic and experimental tracks that he recorded between 1973 and 1979. It's another example of the early industrial, electronic experimental sound from England. The music is reminsicent of a.o. primitive Cabaret Voltaire, the experiments of Thomas Leer and Robert Rental, early Clock DVA or even some of the cassette works by Colin Potter. A nice obscurity of British DIY music.

In commemoration of Ken Thomas.