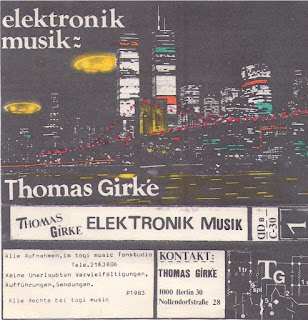 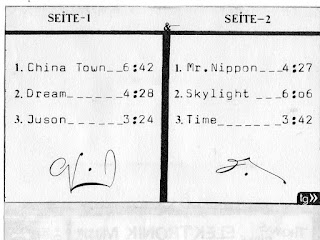 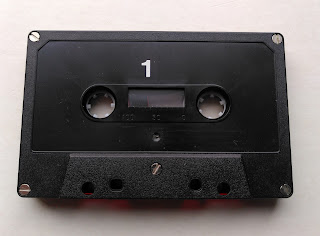 Merry Christmas to all friends and followers of the blog!

Is that an image of the Brooklyn Bridge with the Twin Towers in New York? Can't really figure out the angle of the photo though. Ofcourse those towers were already there decades before they got used to scam us into the new millennium. But whether this image is a correct depiction of the skyline is quite unclear. Actually it doesn't really matter. All we care for is that those UFO's high up there in the sky were real! The rest is basically constructed around them. Skyscrapers, UFO's, modern metropoles: some key signs of the future in one depiction. Needless to say that within such a vision Thomas Girke from West-Berlin created a wonderful and futuristic soundtrack.

Elektronik Musik is a piece of Berlin School analog electronics on the synth-pop and minimal synth side of the spectrum. Analog arpeggiators, keyboard melodies, electronic syncopations and drum computer rhythms take us on a neon-light disco journey across the elektronik sky by way of China Town into synthetic dreams in time and space.

Quick get on board of the UFO! I heard those aliens have a space dancefloor and they are spinning some Italo disco records. Might have heard some Patrick Cowley and Stratis up there in the sky. Is that Magic Fly by Space now?! Abandon earth!