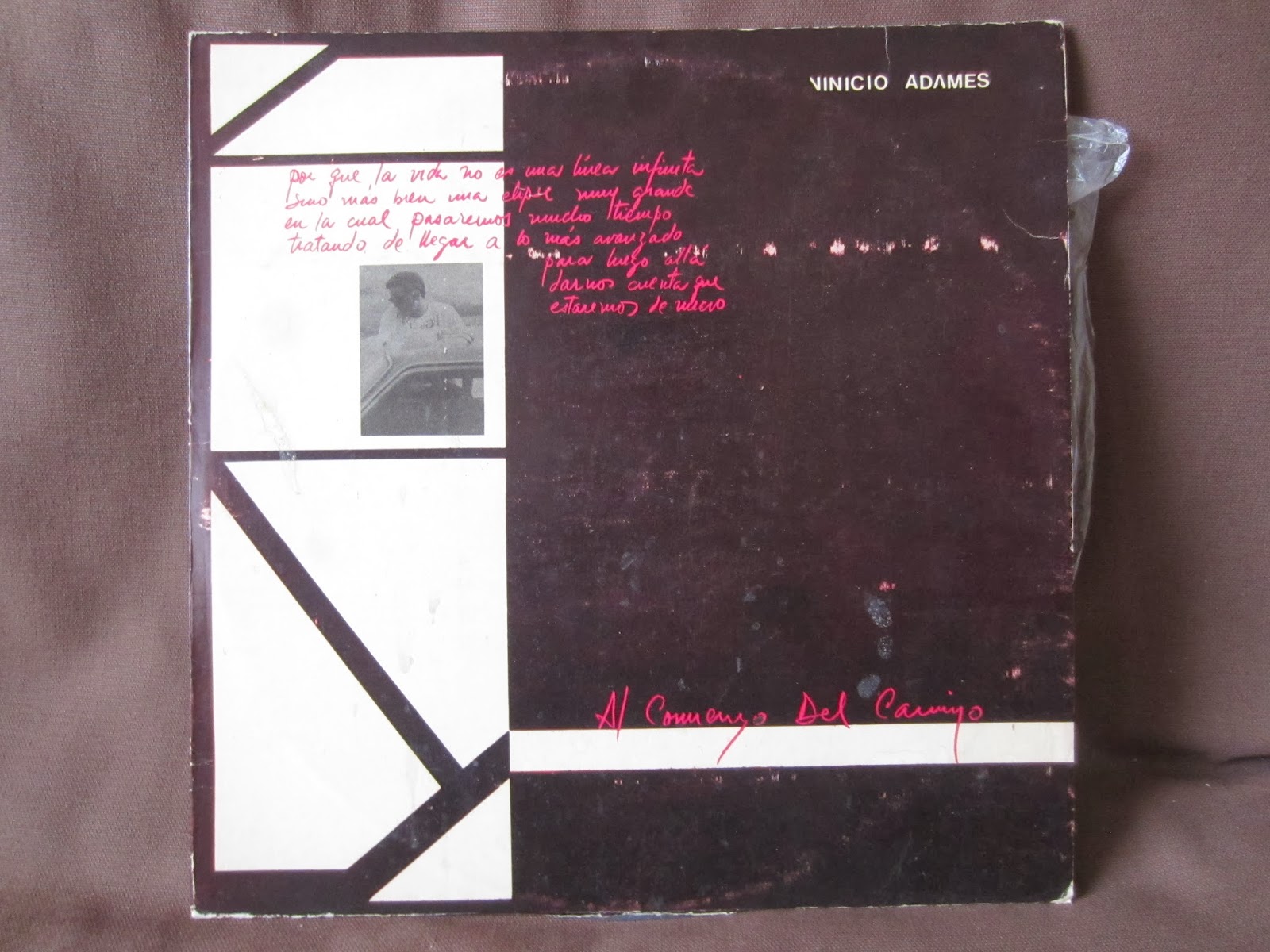 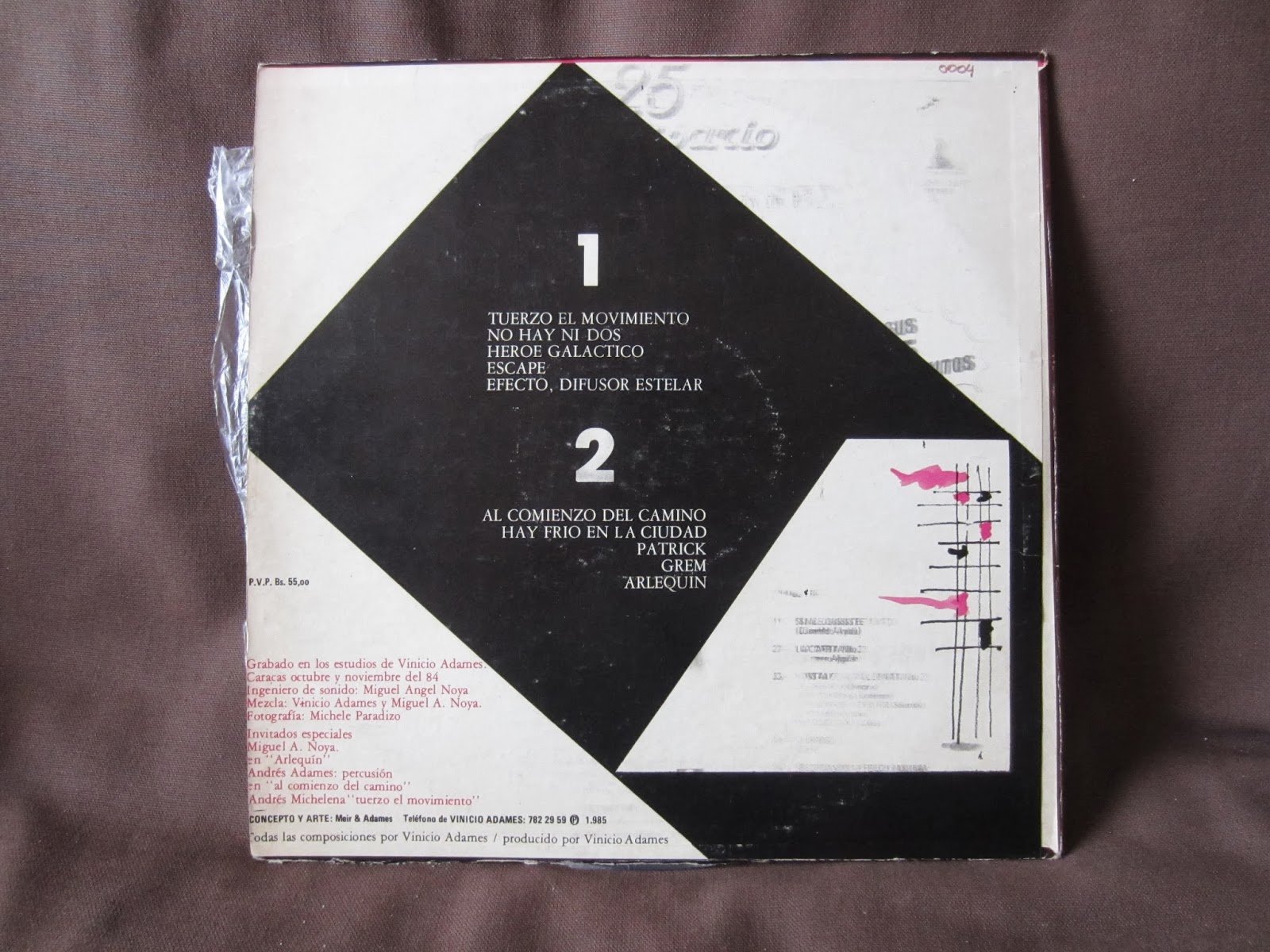 If you thought that Venezuela is an odd socialist country where the immortal Hugo Chavez rules the place and where they have a toilet paper scarcity then think again: that’s just one side of the story. Venezuela has historically always been a very diverse country with numerous influences, ideologies, wealth vs. poverty dynamism and identities. It’s a country that artistically was always able to produce its own unique music and art. Its current image of danger and totalitarian socialist spectacle really doesn’t show the deeper refined cultural dimensions that the country has to offer. The artefact we’ve got here is a precise example of the musical diversity the country has to offer. Yes, there is great Latin jazz, salsa music or cumbia, but also minimal synth, electronic improvisation, rock and other genres. Venezuela basically has everything to offer, but the last two or three decades made artistic (not colonial) history disappear under a layer of indifference and political tactics trying to take artistic expression hostage. Luckily, art always finds a way to blur the boarders (unless it was meant to consolidate the state’s power of course) and people are slowly uncovering their forgotten musical past out of necessity and pride.

The album presented here is, to my knowledge, the only absolute example of a synth/wave album from Venezuela. Just when you thought everything (at least vinyl) in that genre has been uncovered by the hype, some things were just too difficult to track down. The only other album which could be qualified minimal synth/wave from Venezuela from the past is “Gran Sabana” by Miguel A. Noya, who also plays a role on this particular album. Because that album has more improvisational pieces too, this is the only one from Venezuela I’d say. The amazing electronic music of Venezuelan musician Angel Rada exceeds basically everything what we are talking about now and has a different kind of quality to it. I’d highly recommend you to check it out. All these people came from the same movement of Venezuelan electronic music though and even performed alongside each other. During the eighties there was an annual electronic music festival in Caracas at the cultural institute Casa Romulo Gallegos where these artists would perform. The Casa Romulo Gallegos still exists today. 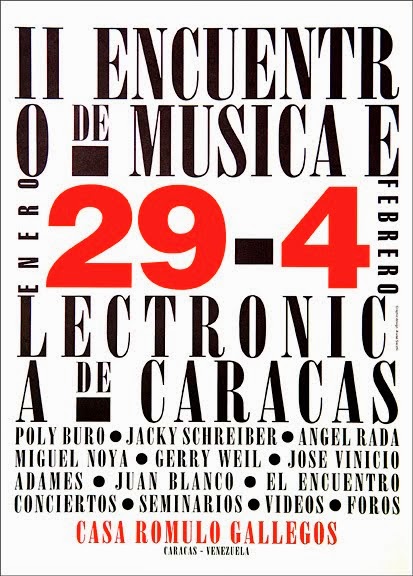 Al Comienzo Del Camino by Vinicio Adames was self-released in 1985 in very limited quantities. To my knowledge only a handful of copies are in the hands of collectors. Vinicio Adames released many more albums. From his website:
A skilled composer and producer of contemporary, orchestral and electronic music for Film, Art, Dance and TV. One of the most influential exponents of the electronic music movement in South America for more than 20 years. Adames has produced and executed his own concerts in which he combines music, video, design, digital imaging and cinematographic illusions all created by himself. He has been rewarded with numerous awards in the field of music for short and feature films in Venezuela and for the music composed for the advertisement industry. He has produced more than 30 short and featured film projects and around 100 TV programs and documentaries. Music producer for more than 300 advertisement pieces for corporate clients such as: American Express, MasterCard, Kellogg’s, Coca-Cola, GM, Ford, Movilnet, Banco de Venezuela, among others.In the art field his music has been exhibited in museums and galleries for installations, expositions and video-art.

Al Comienzo Del Camino was Vinicio Adames’ first album. It shows the primitivism of synth wave, but also clearly shows melody and composition. Most of the songs are really composed pieces and have vocals in Spanish. For some people this might be a turn off, because it has a soft kind of new wave side to it. Nevertheless, I think that it’s a great record with quite some diversity and the uniqueness of this type of music from Venezuela makes it worth it anyway. The opening track “Al Comienzo Del Camino” and the tracks  “Escape” and “Grem” are clearly songs I could imagine in any minimal wave set. The electronic music scene of Venezuela really deserves proper reissues and shouldn’t be overlooked. Hopefully this post will contribute.
Get it HERE