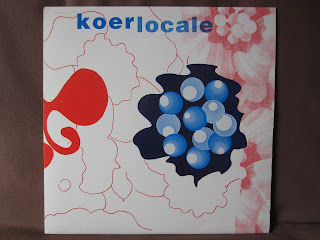 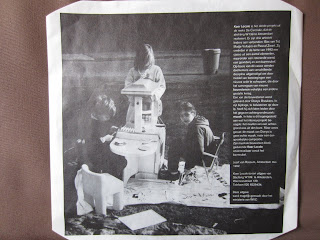 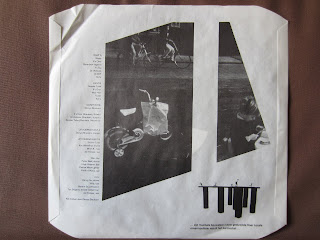 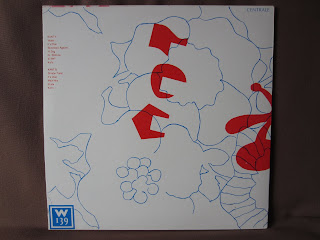 This is a record with compositions by Dutch keyboardist Dionys Breukers. It was released through W139 which is a gallery and art space that is located in the center of Amsterdam. It was established in 1979 mainly to offer space to artists outside of the established art world in The Netherlands. W139 still functions today somewhat in the same way and places a large emphasis on art installations inside of its building. You can still find surprising exhibitions there if you want to escape the tourist inferno of the red light district.

From the liner notes of the record:

Koer Locale is the third project of the series called De Centrale, that is being realised by the W139 foundation in Amsterdam. Three artistic leaders are connected to it: Bas van Tol, Madje Vollaers and Pascal Zwart. In the spring of 1992 they created a hull from different elements a.o. a rotating wall, a cascade and a bar. Based on this composition various participants of different disciplines were asked to create a weekly new order by adding different "building blocks". One of these building blocks was provided by Dionys Breukers. In his contribution, to be heard on this LP, he led himself by the notion of background music: muzak. Basically this is opposite to the intention of the interior-project: to fill in a background was out of the question. But don't worry: the muzak of Dionys Breukers is not real muzak, but an original composition. During Koer Locale his musical building block was constantly to be heard from the bar (one of the art components of the space). - Jozef van Rossum, Amsterdam May 1992

The A-side of this album mostly contains compositions that are being played by Breukers himself while on the B-side there are also own compositions but often being played by others. A curious fact is that on the track Mais Non there is a guest contribution by canterbury legend Hugh Hopper, the great bass player of Soft Machine. Still I credited all tracks to Breukers to keep it simple.

The album indeed contains elements of experimental collage, cocktail music, Dutch jazz, a few maybe dated keyboard sounds and even funky notes. Sometimes it kind of hints to what would become known as Nu-Jazz during the nineties, but it also definitely has a lot of cheesy elements. Normally they would bother me a bit too much, but since the whole concept of the album revolves around the theme of muzak, maybe that was the whole point... I'd say: decide for yourself what to make of it! The record is a bit crackly but it was probably published in very limited quantities, I've never seen another copy.