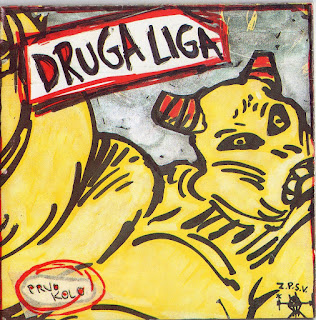 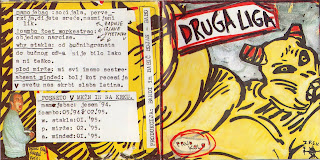 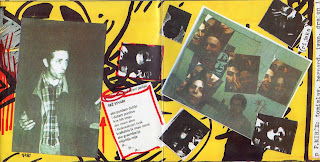 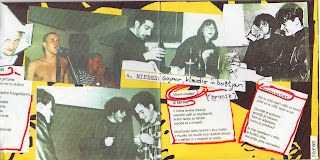 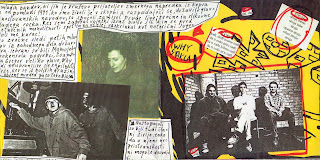 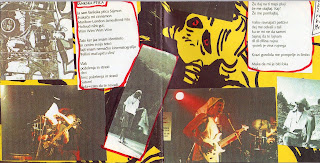 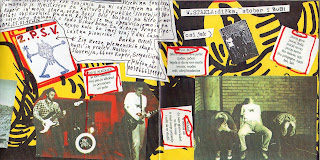 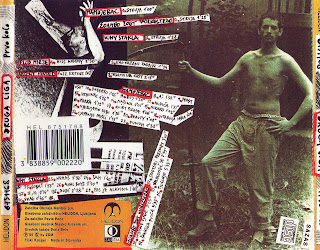 Druga Liga Prvo Kolo -Second League First Round - is an essential cornerstone compilation from post-Yugo 90's Slovenia. It compiles both Slovenian and Croatian bands that were active in the early and mid-90's in their respective underground scene. Eastern European underground bands from this time were very weird and unclassifiable, playing a combination of both unskilled punk and hyper-complex rock in opposition drenched in a healthy amount of absurdism while existing within a genuine alternative culture based on communal uplifting activisim and desperate local divertissement. Also don't forget that the decade of the 90's in former Yugoslavia and the Balkans was heavily loaded with political tensions and war sentiments that needed an explosive creative output in one way or the other.

Slovenian bands in general, also before the fall of the iron curtain and the disbanding of Yugoslavia, were always very intriguingly weird. With Laibach as main national music reference you know you're in for a blast when digging into the Slovenian musical underground. Other great alternative bands from Slovenia I can think of are Miladojka Youneed, Begnagrad, Lolita, Strelnikoff or the later Pinja Dzazna (who has those files for me!?)

The Slovenian bands on this compilation are experimental group Mamojebac (of which their whole and only existing tape from 1995 Tko Je Ovdje Kome Guzica? is present), strange punk band Absent Minded and the great avantgarde art-rock band Žoambo Žoet Workestrao.

The Croatian groups present on Druga Liga are the demented HC-punk group Why Stakla (of which almost their whole cassette Daj, Dođi! from 1995 is compiled) and the free punk no jazz band from Rijeka Plod Mirže (I'm curious if more of their music exists). These bands also remind me of the Croatian band SexA.