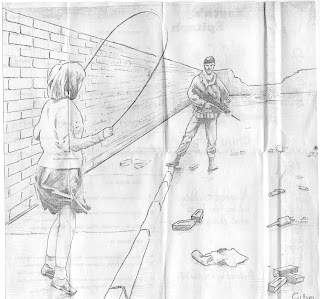 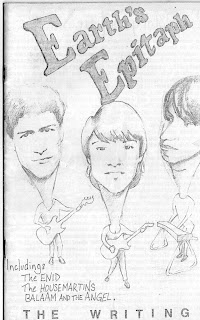 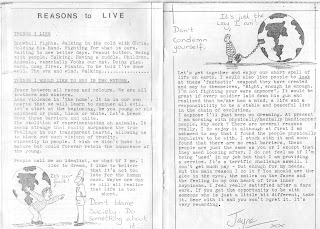 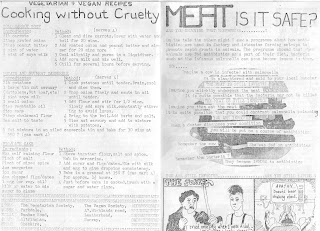 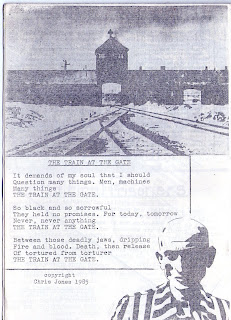 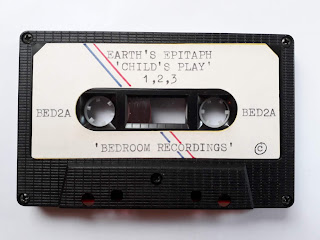 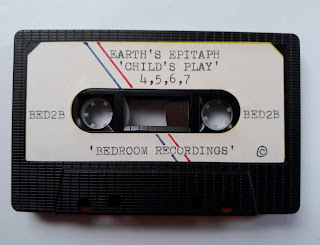 Earth's Epitaph were an anarcho new wave and post-punk group from the surroundings of the city of Cwmbran in the South of Wales created by Chris, Ray and Jayne. The band was formed inspired by bands like Crass and Siouxsie And The Banshees to which the members had been listening for years before starting their own band. Earth's Epitaph recorded two 'official' demo's of which Child's Play is their second one. They also contributed some songs to a couple of compilations during the mid-eighties.

The music of Earth's Epitaph has a more conventional new-wave sound, but is definitely rooted in the same political UK anarcho punk spirit of bands like Crass, The Apostles or Omega Tribe. Songs are criticizing the English government, injustices of society and politics driven by themes of environmentalism, animal rights, anti-apartheid and anti-fascism. The songs are somewhat reminiscent of the Young Marble Giants or of Dutch new wave band Qua Dance I posted a long time ago.

Child's Play was issued with a DIY fanzine on their music, political standpoints, vegetarian and vegan cooking recipes and interviews with other Welsh wave and post-punk bands from in and around the scene like The Enid, The Housemartins and Balaam And The Angel. Ofcourse I included scans of the fanzine to the file below.

Earth's Epitaph is another band that cared to involve their malcontentedness with social inequality, capitalism and environment in their music, based on the basic punk principle that starting a band doesn't take much. I might upload their first demo cassette in the future.