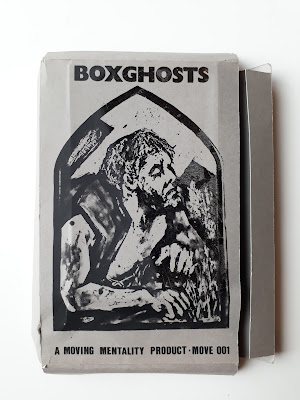 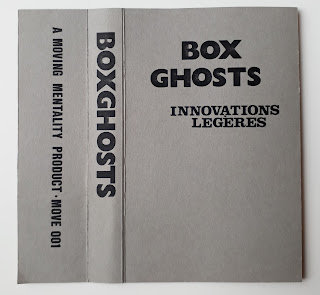 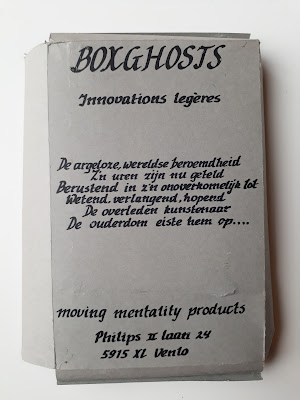 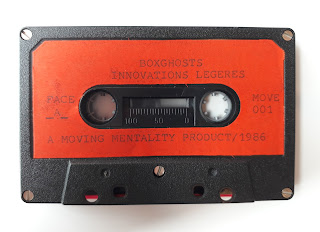 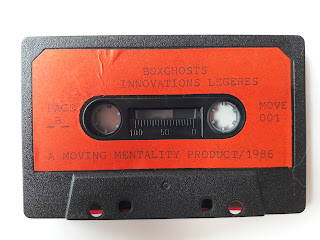 Merry Christmas and an Archaic New Year to all Friends and Followers of the blog!
So here it goes, the last post of this year:
Boxghosts is a project I don't know much about. It seems to have been a one person home-taping project that was created in the Dutch town of Venlo in the southern province of Limburg. During the 80's Venlo was home to a small but lively squatting scene around the recording studio and music venue Bauplatz which was also connected to the town's most important punk and home-taping cassette label called Limbabwe. During those years many different national and international underground bands played the Bauplatz venue like Einstürzende Neubauten, De Brassers and The Ex.
The Boxghosts project however, doesn't seem to have had a notable relation with Bauplatz or Limbabwe Records other than that it was just a home-taping project from the same town. The only trace I could find about Boxghosts is a track that was included on the Seventh Dimension Quasette compilation series that were issued by Zimbo Tapes, a Dutch home-taping label that was about home-made electronic music and (casio) keyboard experiments.
Boxghosts' Innovations Legères (Light Innovations) was packaged in a nice grey carton box with a religious touch to its visual presentation (the south of the Netherlands is known for its catholic history). It has some dark and minimalistic music that consists of short atmospheric electronic pieces played on synthesizers and keyboards. It might hint a bit towards the otherworldly electronic music of Enno Velthuys, just less polished. Boxghosts should definitely be another little highlight of the Dutch cassette culture of the 80's.
De argeloze, wereldse beroemdheid
Z'n uren zijn nu geteld
Berustend in z'n onoverkomelijk lot
Wetend, verlangend, hopend
De overleden kunstenaar
De ouderdom eiste hem op...
The naive, worldly celebrity
His days are numbered
Resigned in his inevitable fate
Knowing, desiring, hoping
The deceased artist
Old age claimed him...
-From the collection Allard Pierson/NPI-
Get it HERE
Posted by Bence at 01:14