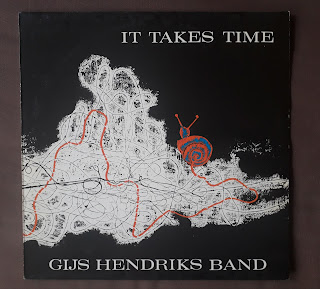 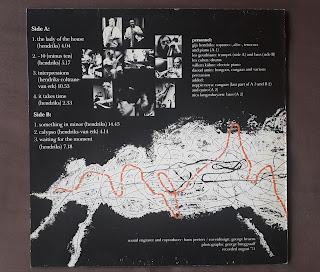 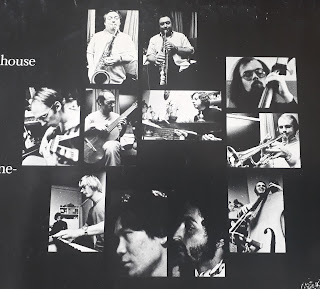 Gijs Hendriks (Utrecht, 26 februari 1938 - Utrecht, 21 mei 2017) was a Dutch saxophonist and clarinetist who played an important role in the Dutch jazz scene from the 50's until his passing in 2017. During his vast career he played in dozens of different jazz outfits and also contributed to Dutch national radio broadcasts and theatre productions. In 1974 he recorded a groovy album with a supergroup of jazz musicians under the name Gijs Hendriks Band.

The Gijs Hendriks Band consisted of Gijs Hendriks (soprano-, alto-, tenorsax), Leo Goudriaan (trumpet and bass), Lex Cohen (drums), Willem Kühne (electric piano), Daoud Amin (percussionist from New York who also played with Burton Greene), Nippy Noya (percussionist from Indonesian-Japanese descent who also toured with psychedelic band Group 1850) and Nico Langenhuijsen (bass). Many of these musicians played their part in the Dutch jazz scene of the 70's. A scene that wasn't immune for the Dutch hippie revolution (which was kickstarted by the Provo movement during the sixties), the orange free state "anti-monarchy" mentality and the rise of psychedelic substances.

During this period - also in Holland - (like throughout the global "happening" music scenes) - psychedelic jazz and psychedelic rock were combined in free-form music styles, sometimes leaning more to the jazz world and sometimes leaning more to the rock side of the spectrum. Free-form jams could consist of groovy jazz music, fuzzed out guitar tripping, electronic experimentation or any type of combination of these elements. As I write this, the idea here is not to dive into a global encyclopedic overview of the entire world moving and spacing out at the same time, but to open a tiny window to look at these specific musical dynamics in The Netherlands at the time.

Examples of great bands from those days in Holland were a.o. Association P.C. (Dutch-German supergroup led by Pierre Courbois), Ahora Mazda (house band of the Amsterdam hippie venue Fantasio), Hans Dulfer And Ritmo Natural (famous Dutch Jazz saxophonist with a Surinamese rhythm section) and Banten (another Dutch supergroup including notable musicians from Indonesian descent, also on the NWW List). And ofcourse - there is so much more to mention...

The Gijs Hendriks Band is another one of those groups that spontaneously created a recording in the 70's which captured those special times. Nevertheless the album has stayed somewhat under the radar since then. Maybe because of its tendency towards more conventional jazz or maybe the self-released vinyl wasn't overly distributed at all. Whatever the case may be it's quite a nice recording of mostly own compositions where not only Dutch musicians play a role but where musicians like Nippy Noya and Daoud Amin also add musical influences from their cultural background giving this a nice and groovy edge.