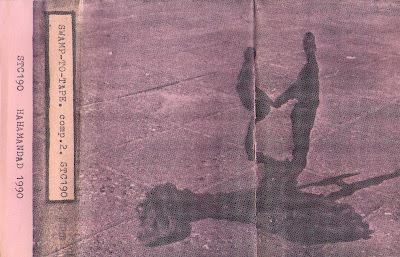 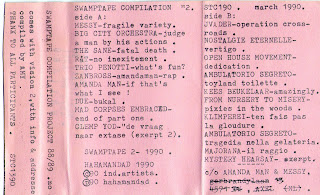 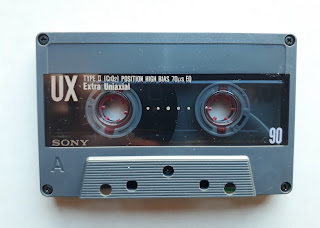 Despite the recent ongoing tragic events that are taking place in an already dystopian world, the difficulty of finding the right answers and figuring out what to do I finally decided to keep posting music here anyway. Whether as a distraction, as medicine, as fuel to power up or to let off steam and anger. Some strange sounds might help to cope with a strange world. In any case, I wish everyone lots of strength and courage out there. -

The Swamptape Compilation 2 (Swamp-To-Tape) was assembled during 1988/89 and released by Hahamandad in 1990 with a magazine called 'Vision'. Hahamandad is a foundation and a label from the Southern Dutch city of Axel (in the province of Zeeland) that was founded by Messy and Amanda Man (Leo van de Velde) in 1984. The Hahamandad foundation also organized numerous festivals around alternative culture, art and played an important role in bringing together different international underground and home-taping musicians. They released dozens of cassettes of both their own music projects and international compilations.

The Swamptape Compilation 2 is a nice and varied release with some known and lesser known artists of the international cassette culture. There are some home-made minimal synth songs by Messy, Kees Beukelaar and Nostalgie Eternelle, some dark industrial pieces by Big City Orchestra, Clemp Yod as well as some dazzling hypnotic tracks by Ambulatorio Segreto, From Nursery To Misery and Mystery Hearsay. Also: much(!) more.
Get your tunes from the swamp HERE
Kindly donated by The Y Create Archive
Posted by Bence at 07:08