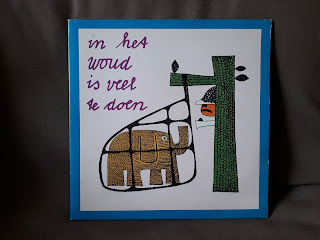 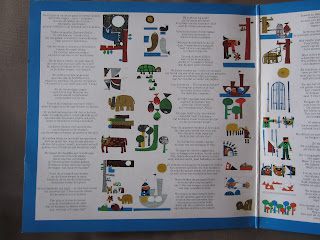 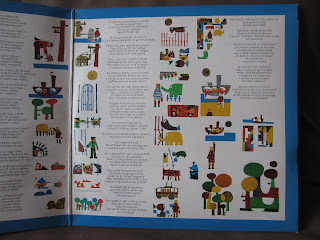 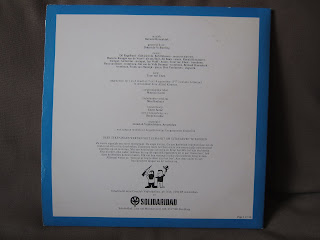 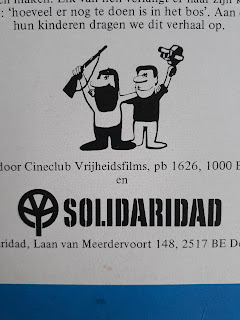 Orkest De Volharding (Orchestra Perseverance) is the oldest Dutch "Democratized" jazz and modern composed music orchestra that was founded in 1972 by probably the most innovative and important modern composer of The Netherlands, Louis Andriessen. He played together with many important Dutch jazz and improvisation musicians like Willem Breuker (who later also revolutionized Dutch free jazz with his legendary Willem Breuker Kollektief), Willem van Manen and Bernard Hunnekink and many others.

De Volharding was founded in the aftermath of the Nutcracker actions (Aktie Notenkraker): directed actions against the classical music establishment and its musical conventions. These conventions had to be cracked and hierarchical structures in music were criticized (for example getting rid of the conductor to give musicians their own space). During the late sixties and early seventies there were many emancipatory cultural movements and actions in Holland, in theatre there was Aktie Tomaat (Action Tomato: drama students going to the theatre to throw tomatoes at the actors). These sentiments partially derived from the legendary counter-cultural Provo Movement (1965-1967) that in its political urgencies, freedom thought and its critique of the capitalist state and economy (causing environmental problems etc.) can be seen as a precursor to Hippie movements worldwide. They pioneered the potential of happenings and subversive yet pacifistic actions to make political statements in The Netherlands.

Another reason for these cultural actions aiming at radically changing the values of society was the Vietnam War and the discontent with post-war conservatism. At that moment lots of people saw the direct results of the west-block (capitalism) versus east-block (communism) and for many young people in the west socialist and Marxist ideas became subversive, but also more appealing as a result of the cruel Western warfare and the undesirable excesses of capitalist society (environment, social inequality etc). Orkest De Volharding also had many musical pieces favoring the socialist side. They  did the music for many theatre plays of the left-wing cultural sphere.

In 1977 De Volharding did this album called "In Het Woud Is Veel Te Doen", meaning: "In The Woods There Is A Lot To Do" ("En La Selva Hay Mucho Trabajo Por Hacer"). The music was composed by Bernard Hunnekink and played by Orkest De Volharding. The music on this record is actually a soundtrack created for an Uruguayan Children's movie with the same title. On the A-Side of the record we can hear the instrumental version and on the B-side again the same piece accompanied by the Dutch lyrics (to my ears still less interesting than the instrumental, even though I speak Dutch).

The text is for children and it's about wild animals in the forest that are being captivated by a hunter that wants to bring them to the Zoo. Later they manage to escape by boat and the story concludes with the moral that says: "Nobody should be ever taken from his or her home. Never again like how it used to be before." Not sure if this is also a metaphore for something in the Uruguayan political history: probably.

The music reminds me of many Dutch modern composed records I posted in the first years of the existence of this blog. It even reminds me a bit of certain compositions by Ennio Morricone, who also should have had a small influence on Louis Andriessen. The album also reminds me of the "Alemania-Bolivia" tape that No Longer Forgotten Music just posted: strange conceptual music for, and partially by Children about the differences between a children's life in Bolivia as opposed to a children's life in Germany. Actually the German political Krautrock band Floh De Cologne also did a concept album about the Chilean coup d'état in the early 70's called "Mumien". There were many examples of albums that were conceptually and musically combining the Latin American and Western European world within their 1970's (political) context.

There are lots of nice drawings of animals for children included on the record cover that I cut up and all put in the video below. I end with the liner notes from the sleeve about them:

These drawings were not made to be published: Actually they were a sort of dialogue. The only way in which a comrade could think to break through the bars of his jail cell. As such he managed to send out a little black pigeon with a little red beak. And with a message of battle and hope it reached his little daughter. Every mother, every father everyone who is being incarcerated in a "Zoo" at the moment could have made these sketches. Every one of them hopes to see their children. They all know: "How much there is still to be done in the forest". To this parent and their children we dedicate this story.

Update:
I was invited by students of the Amsterdam University and the EYE Filmmuseum to a private screening of this animation film and many other films from the Cineclub Vrijheidsfilm, cinema militante, archive. I will update the information about this release soon. You can watch En La Selva Hay Mucho Trabajo Por Hacer in its original Uruguayan version below: