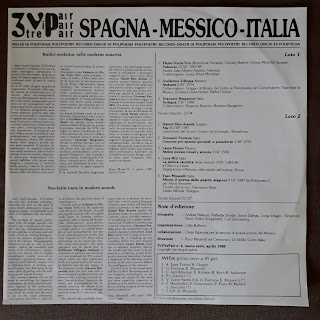 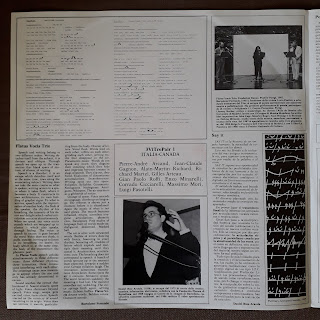 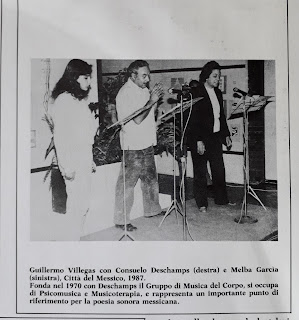 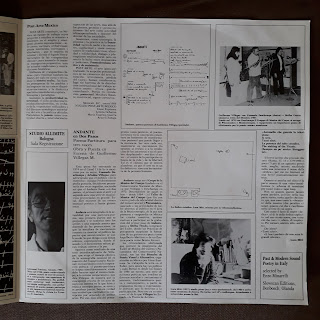 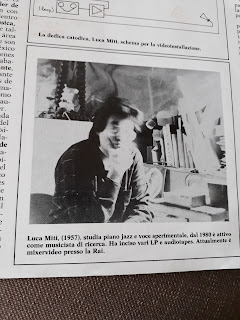 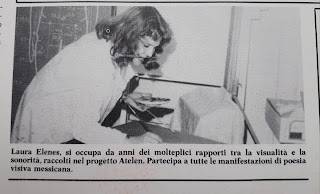 Here we have another sound-poetry compilation that was assembled by the Italian sound-poet and artist Enzo Minarelli. He created a series of these compilations that were each dedicated to the exchange of sound-poetry between Italy and other countries and their languages. Spagna - Messico - Italia was the second record in this series and focused on neo-latin roots in modern sounds combining elements and intersections of the Italian and Spanish language through sound-poetry and music.

Although the compilation was published in 1988, the pieces come from different periods. The oldest piece, composed by Mexican poet and actor Guillermo Villegas, is from 1974 while other pieces are from around 1988. It's remarkable that some pieces have a more theatrical aspect and that others have a more musical approach resembling home-taping sounds from the 80's. An artist like Luca Miti on this compilation can be seen as a bridge between those worlds as he also made cassettes.

One of the highlights on this compilation is a piece by Mexican artist Laura Elenes who composed a computerized poem that translates itself into repetitive Casio patterns based on color schemes. Not only can it be seen as an example of sound-poetry, but also as an important piece of Mexican electronic music. The last piece on this compilation is done by Minarelli himself where he creates an intense poem based on different patterns with the words of the four seasons (spring, summer, autumn, winter) and other associative words.

"The method of sound poetry, apart from the single, specific characters, can associate acts of research, I dare say international, towards the exploitation of voice and oral word, which are the true protagonists in the poetical progress at the end of this century. The geographical distances are put at zero, as each author, feeling the weariness and strain of the written poetry, composes his own phonic style by similar co-ordinates (orality, musical involvement, signifying rumour, electronics), with different outputs due to different levels of probing and sensitiveness, but belonging to the same effort of getting over the written page for a pure sonority." - Enzo Minarelli, 4th of April 1988, Cento, Italy