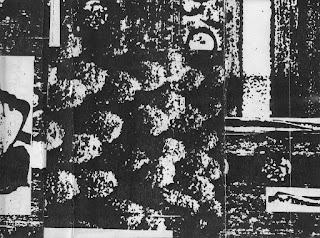 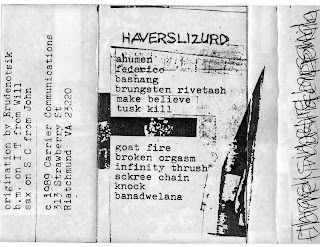 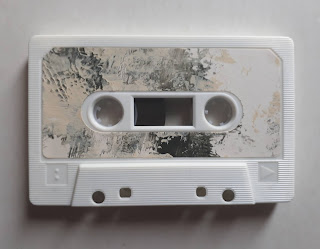 In this particular case I'm not entirely sure whether Haverslizurd is the name of the band or the title of the album, but in any case we can rectify that in a later stage (check the cover). Apparently this was an obscure American band from the late 80's that hailed from Richmond, Virginia. Probably Carrier Communications was their own cassette label, but I can't find any information on it.

The music consists of some darker improvised lo-fi industrial rock that is sometimes accompanied by drum computer patterns and saxophone sounds. Actually also not too far away from dark ambient soundscapes at times. It has this swampy American industrial rock sound which reminds me a.o. of the (cassette) material by the US band Pain Teens, but also of the great industrial sound of Factrix from San Francisco. In more recent history a band like Destruction Unit also comes to mind.

No other info for now!