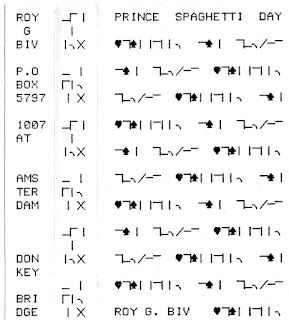 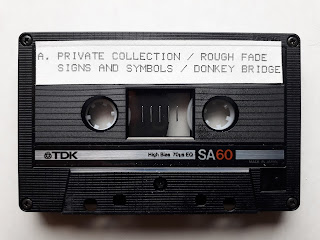 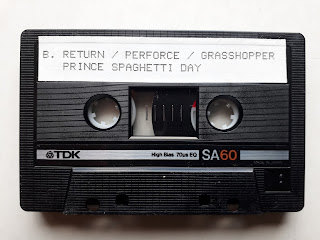 The band played hours of psychedelic jam sessions in which repetitive guitar riffs, cosmic electronics and post-punk experimentation were brough together. Roy G. Biv released around 10 different cassette albums during the 80's. The early work by the band can be placed in a more cosmic electronic Krautrock tradition, while the later albums blend a psychedelic sound with different music influences from the 80's. A variety of spectral color schemes and color symbolism were an important dimension of the band. Visual art and conceptual ideas around colors were used and developed for live concerts and for the releases. Conceptually it reminds me of the direction Sonic Boom took with his band Spectrum after the Spacemen 3 period. You can read more about Roy G. Biv in a previous blogpost. 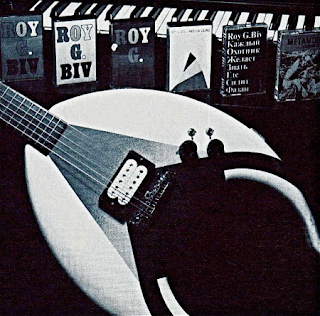 Prince Spaghetti Day (named after an American spaghetti commercial) is a later release by Roy G. Biv from 1985. It's less dreamy and overall more rhythm driven. Yet another nice album of psychedelic jams mediated through a home-taping minimal synth sound, reminiscent of bands like 39 Clocks or Circles.