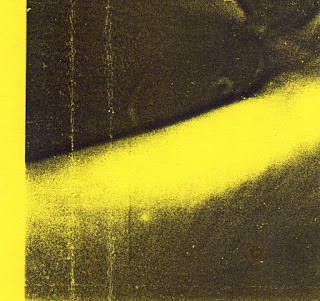 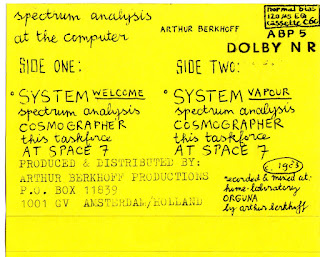 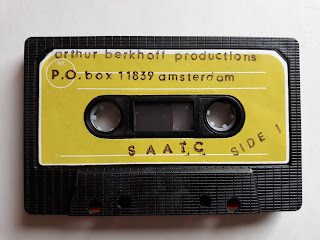 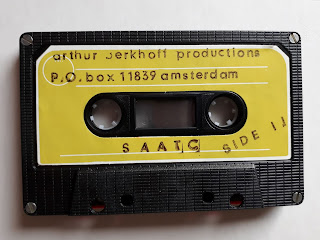 Arthur Berkhoff was a Dutch representative of the international Neoist movement who was heavily involved in mail-art and the home-taping culture. Neoism is a specific art movement that was based on playing with collective identities, the reproduction of artworks as well as the usage of fake art and plagiarism. Most of the neoist artists create and publish under the name of Monty Cantsin, a name that was created in the late 70's and mostly adopted by the Hungarian artist István Kantor as the identity for an "open" popstar to be used by others. Actually neoism has a great concept that could be applied even today to topics like the dissolvement of identity, open source platforms, collective art projects, copyright etc.

Neoism and its Mail-art output ofcourse also flourished within the home-taping circles and many protagonist home-taping artists have used neoist concepts and contributed to the movement. From Graf Haufen to Monte Cazzaza and from GX Jupitter-Larsen to Vittore Baroni just to name a few. Dutch artist Arthur Berkhoff was making art and cassettes in Amsterdam during the 80's through which he established his own futuristic "Pregroperativism" movement. It was a strange one-man mythology that consisted (from what I can tell) of a mix of space, technology, cybernetics and neoist art concepts. All the music was recorded in his Orguna Laboratory and most of the tracks are long improvised experimental electronic pieces with voices and noises.

Spectrum Analysis At The Computer is another great cassette from the Dutch home-taping culture of the 80's and a real alien piece of music. The music also reflects Berkhoff's strong dedication to his Pregroperativist universe. Some of his other works can be found over at No Longer Forgotten Music and check out a collection of his conceptual films over here.

This is some cyberpunk avant la lettre (or at least an early example).