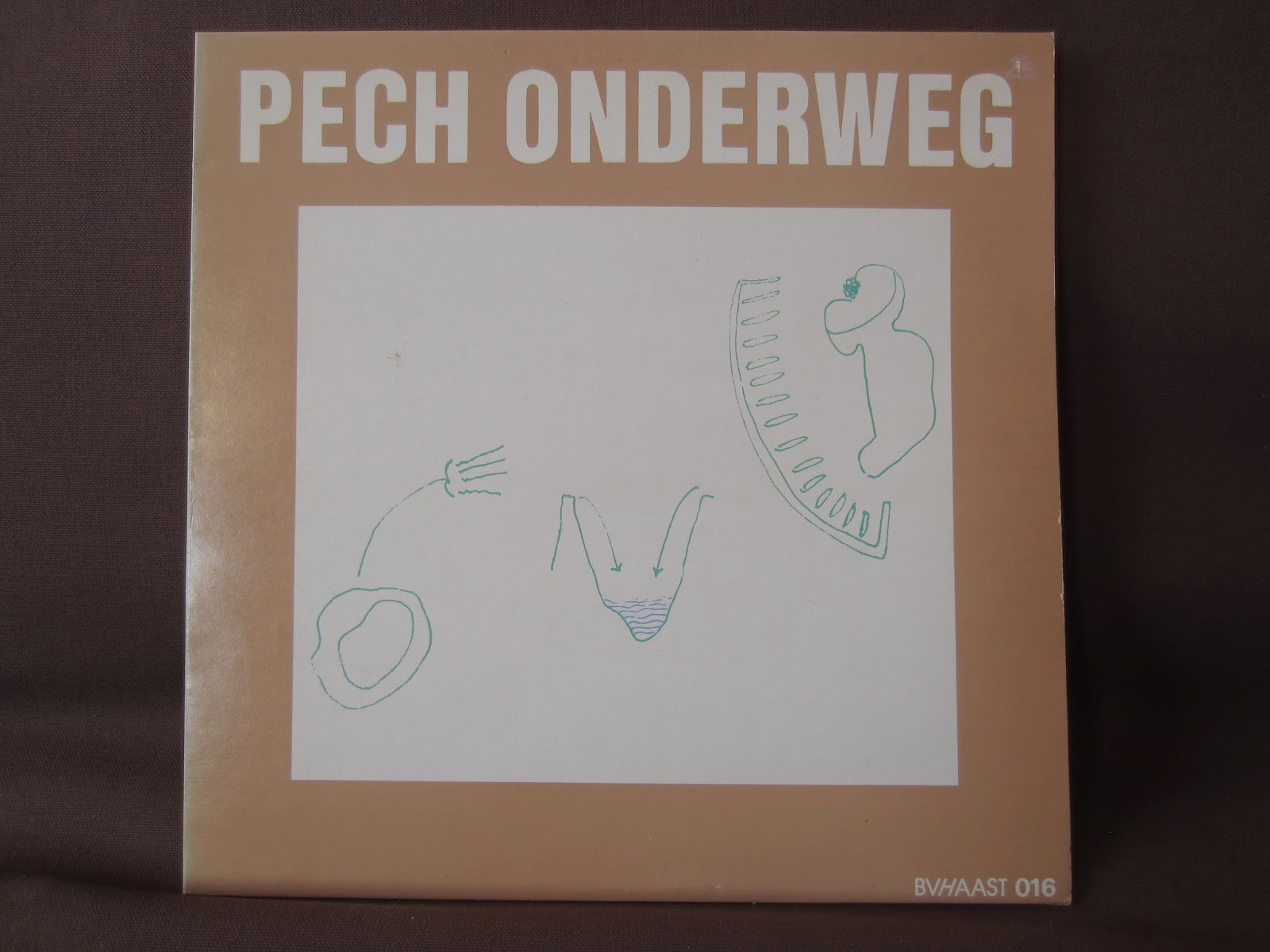 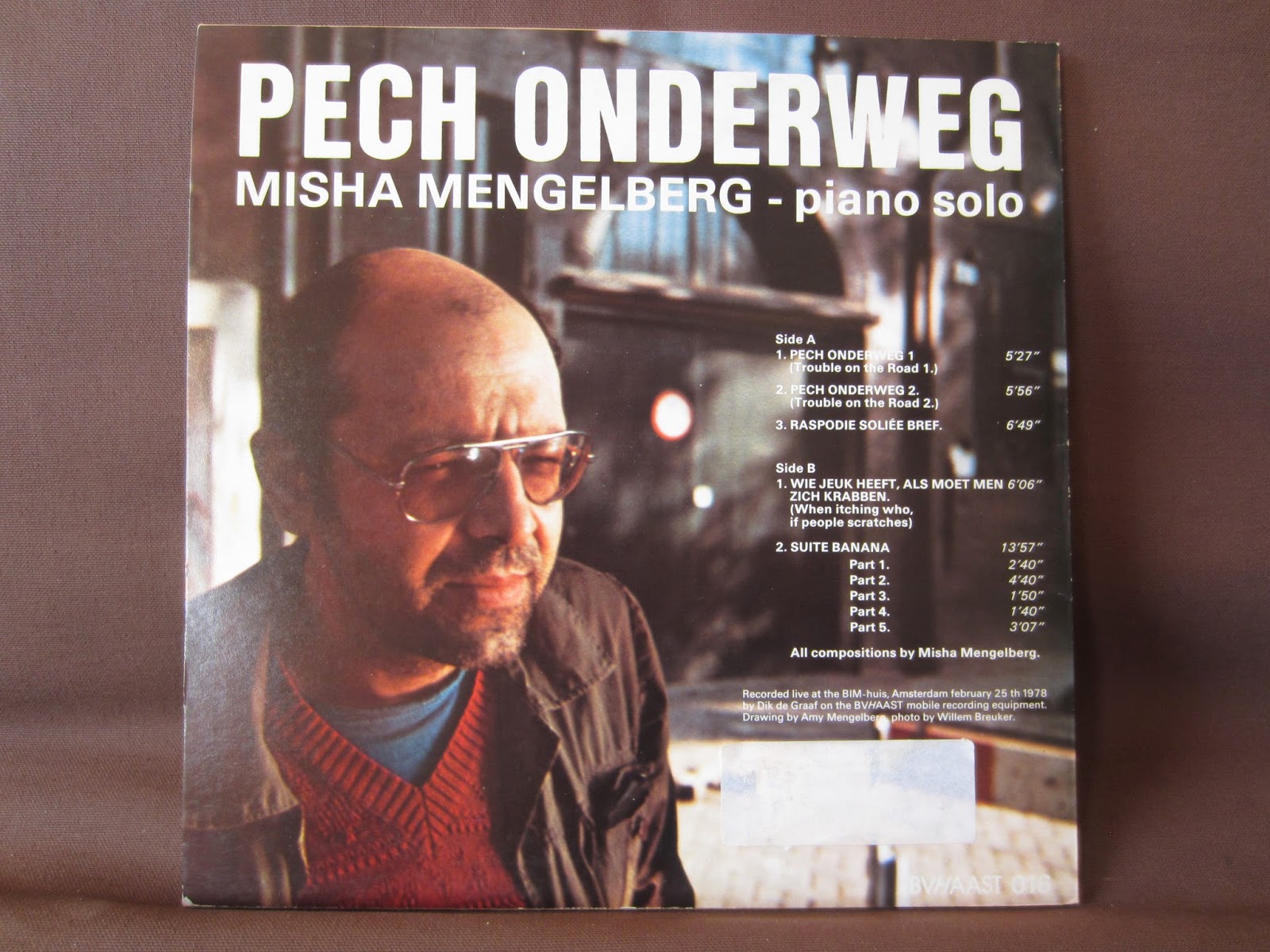 Misha Mengelberg is a Ukranian born renowned Dutch pianist, composer and Fluxus artist. He is one of the key figures in  Dutch improvisation music and free-jazz. He founded the ICP (Instant Composers Pool) Orchestra together with Dutch jazz musicians Willem Breuker and Han Bennink. Mengelberg has played with all of the important impro musicians of the world like Steve Lacy, Derek Bailey, Anthony Braxton and many more. He has been featured on hundreds of recordings.

Pech Onderweg, Trouble on The Road (actually trouble on the way) is a solo album of Mengelberg which came out on Willem Breuker's BVHaast label. This label became one of the key labels for Dutch jazz and impro music during the seventies and eighties. This is a very nice solo endeavour showing his improvisational skills and absurd humor in the titles of the songs.The ICP and BVHaast legacy might uncover the very essense of the good side to being Dutch. You can watch the ICP video below to get an idea. And Misha Mengelberg is starring in it.

I started this blog thinking of putting together something focusing on the best forgotten underground experimental, avant-garde music etc. in existence inspired by all the other great blogs. Though I also liked to share different types of things. It's hard for me to constantly find new material for this blog, but I love to  share things. I really enjoy putting effort in all posts so I want to share much more. Now I have finally created the ultimate counterpart to this blog: Archaic Conventions.

This blog is dedicated to oddities and rarities I find through travelling (or staying at home). I'm always on the lookout for records of a special nature. Everything that for some reason doesn’t fit in Archaic Inventions will be presented there. Ofcourse as an obsessive record collector something is fundamentally wrong with you and you look for all types of special and weird releases. Through these mental difficiencies I started to collect medical records, animal sounds, advertisement music and more.

On Archaic Conventions I will post all kinds of records. Sometimes because of their high cultural value, sometimes deviancy or because of a what the fuck this cannot exist factor. Expect a collage of releases ranging from Latin American music made in Eastern Europe, advertisements, Exotica to Jazz, Folk, Nueva Canción, wacked out Easy Listening, political oddities, medical records and beyond. Some things will  actually be very good musically, other recordings will be utterly weird or cheesy. Some things can’t even be considered music. The new blog is a combination between great music I need to rescue from the past not suitable for this blog and a historical perspective on vinyl as a medium for sound. There will be no consistency of styles. I aim for one big unusual mosaic of releases from all over the world and just like this blog: none of the material is to be found on the internet and it's out of print for a long time.

The most remarkable songs or recordings of the new blog will also be posted on the Archaic Inventions Youtube Channel so that channel will change its consistency of material, becoming a channel for all kinds of things which shouldn't bother you too much. It might work better anyway by enhancing its versatility.

As for this blog: everything will continue as you're used to. New posts will be up shortly and I just have to hope I won't run out of things. Though I don't mind the slow pace.

Check out the new blog HERE! 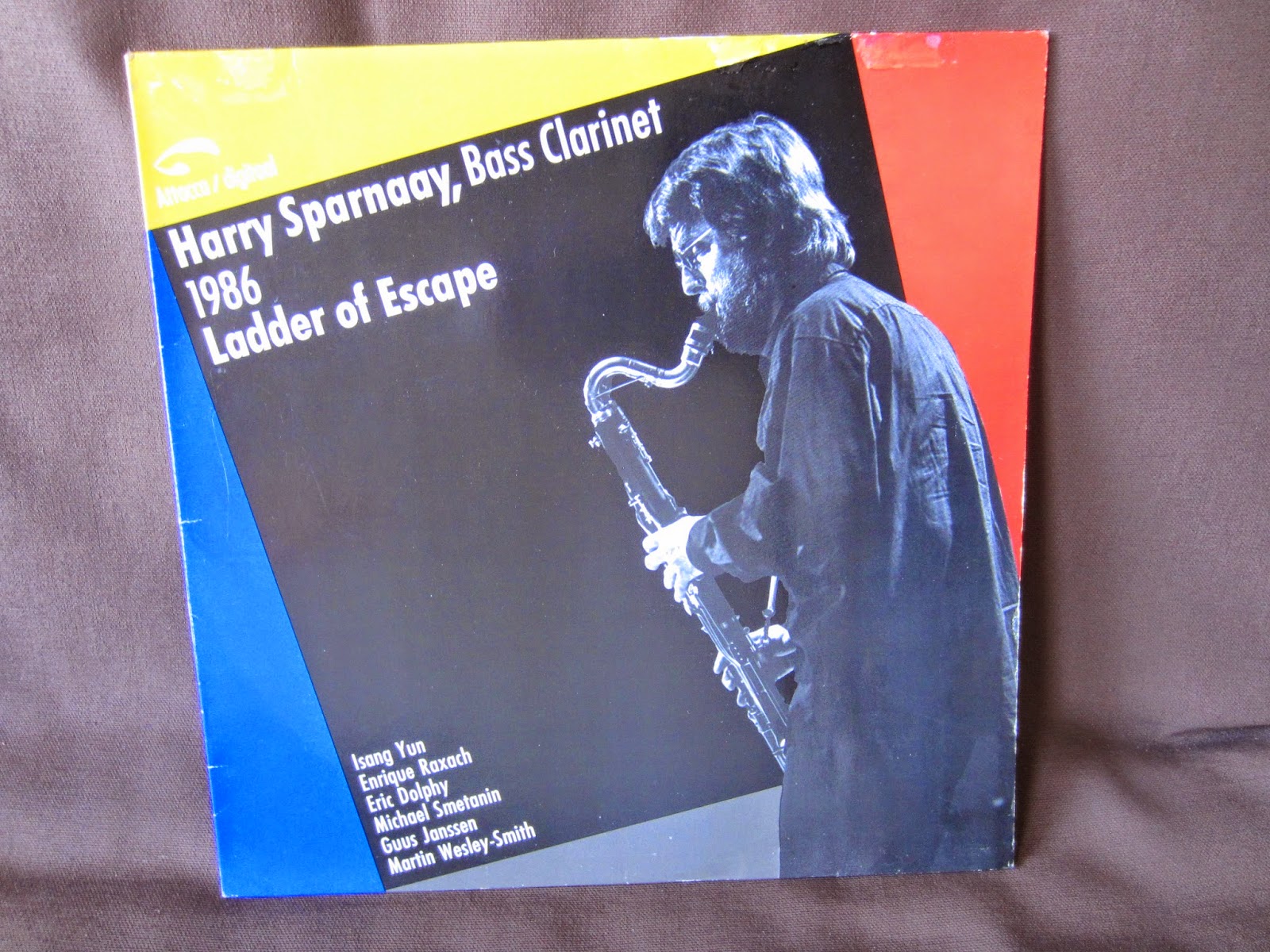 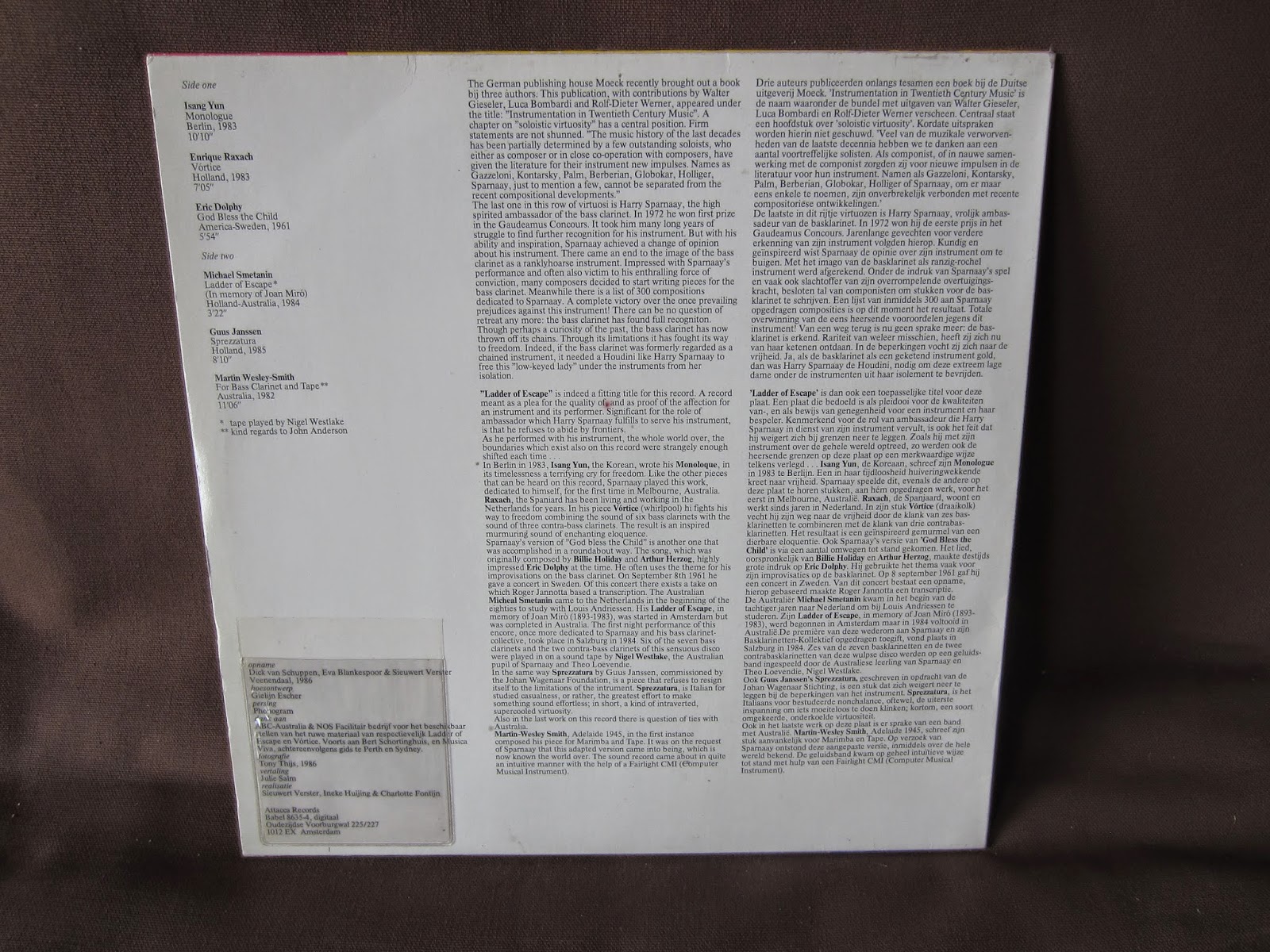