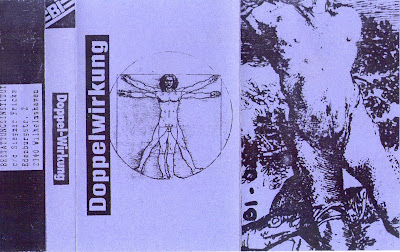 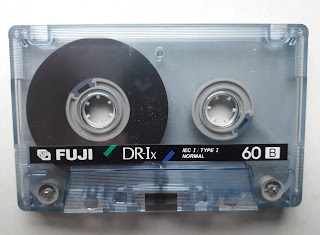 Doppelwirkung was one out of many projects that spawned from the home-taping laboratory of electronic musician Siegmar Fricke from Wilhelmshaven: in this case in collaboration with Michael Wurzer, a member of the international amalgamic experimental cult-band Doc Wör Mirran. During the 80's and 90's Siegmar Fricke had a large output of solo cassettes and many releases with collaborative acts like Delta-Sleep-Inducing Peptide, Ambulatorio Segreto and Doppelwirkung.

It seems that a large amount of the musical output fits the transitional period when the home-taping culture of the 80's (often rooted in industrial culture) evolved into new dance music styles and the rave culture of the early 90's. Siegmar Fricke's work, but also that of DSIP, represents a non-commercial approach to electronic music that is not looking for imitation or to fit a certain scene or sound. The music represents the discovery of sounds through the home-taping practice transferred to the nervous system of the 90's. Deep hypnotic elements, psychedelia, eerie experimental sounds and synthetic dance grooves can all be stardust of the sonic dreamscape.

On this Doppelwirkung cassette on Fricke's own Bestattungsinstitut label there are 21 different untitled electronic minimalist tracks. Most of them are experimental loops of synthesized sounds with occasional samples. On the outer edges of these experiments we hear tracks in a cosmic Krautrock fashion (track 1) reminiscent of Cluster or Conrad Schnitzler, but there is also an ambient electronic sound of the early 90's vaguely reminiscent of Aphex Twin's Selected Ambient Works for example (check track 10). In any case, no matter how the listener's subjective and associative music brain works, it's clear that there are many different textures and moods to be experienced through the vast music catalog around Siegmar Fricke. Doppelwirkung is definitely another interesting project, I wonder if some other Doppelwirkung tapes are out there too... 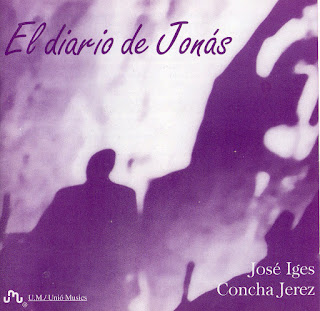 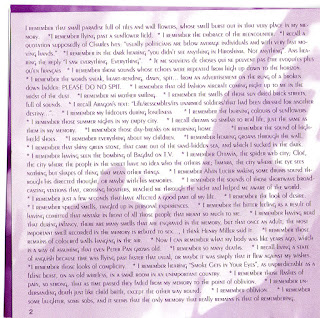 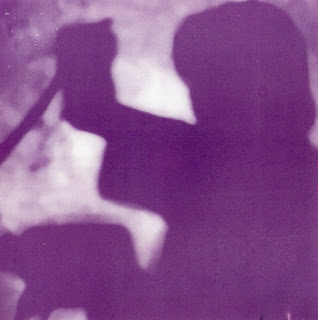 To bring in some music from other realms I think it's nice to start this blog-year off with a longer piece of music that creates a different listening experience than let's say a cassette compilation.

El Diario De Jonás was a multi-disciplinary soundwork from 90's Spain that was written and imagined by the artists, scholars and music composers José Iges and Concha Jerez. At the end of the 80's they started collaborating on a series of projects called "Media Interference" that were combinations of audiovisual pieces, crossmedia concerts and performances.

In line with these artworks the piece El Diario De Jonás was created in the 90's with contemporary experimental musicians Belma Martín (voice), Pilar Subirá (percussion) and Pedro López (live electronics). Martín and López were founders of the Madrilenian CEDI Institute for improvisation and sound-research and published a magazine on music called Hurly Burly during the 90's. The musicians also released music on the Spanish Modisti label that tried to operate on the intersection of music theory, politics and free music expression.

El Diario De Jonás was recorded live on 27-9-97 at Las Cuevas de Canelobre (caves of Canelobre) in Busot, Alicante as part of the 13th International Festival of Contemporary Music of Alicante. The release was supported by the Counsel of Mallorca. Partially performance, partially soundscape and partially sound-poetry (in Spanish and French) El Diario De Jonás is an interesting piece of Spanish music from the 90's. It reminds me a bit of the Galvana album by Victor Nubla and Pelayo Fernandez Arrizabalaga from 1992.

"This work is shaped as a personal diary developed on internalized fragments. For that it's integrated by different episodes, linked from a certain subjectivity than the "diary" gender always suggests. Likewise, the understanding, the inverted commas or underlined, the monologue truncated on a word or the design or the linguistic gesture takes part of the expressive strategies of the piece. Making it we have gone to the bottom of our memories, on a time of speed and forgetfulness. As a Diary, its structure is given rather from the physical support -the diary- and from the graphy of the person that writes it. {..} The work is developed with three musicians performing live - a singer, an acoustic percussionist and an electronic percussionist, plus organized sound taped on 4 sources. All the material for the interpreters arised from 40 sentences, memories expressed orally, 20 coming from each one of the two authors. Different types of visual, phonetical and even semiotical interpretations of the sentences generated the ways in which the piece was performed. The modular apect assured that it would sound mainly the same during each performance yet always differ and show unprevisible elements."

Due to the nature of this release no download link yet.