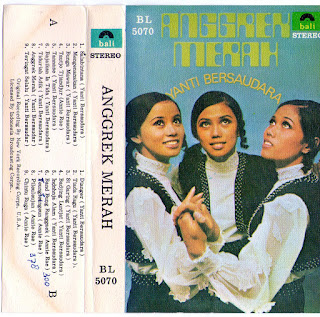 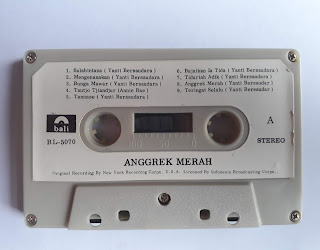 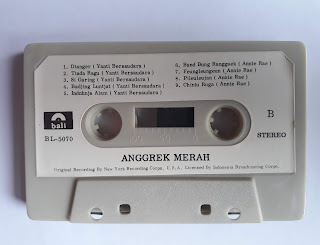 Some time ago I stumbled on some Indonesian cassettes at the city flea market here in Amsterdam. In Holland there still is an extensive legacy of Indonesian music because of the colonial period of the Dutch East Indies of which practically nothing good can be said. Nevertheless Indonesian culture has luckily been integrated in the Dutch society and played a hugely important role for the development of popular music. Bands like The Blue Diamonds or the Tielman Brothers were some of the first combo's to bring Rock 'n Roll music to The Netherlands in the early 60's which then resulted in the entire culture of pop and rock music that goes on until today.

Also many Indonesian musicians were important for the development of Dutch jazz. A book about that came out recently but can only be red in Dutch I'm afraid. A jazz singer like Henny Vonk is good example of this Indonesian influence in Jazz. She was also involved with the mythical experimental jazz-rock album Banten. Through the connection with Indonesia sometimes some old records or in this case cassettes pop up here and there in Holland.

Yanti Bersadaura or in English The Yanti Sisters were a popular group of singers from the city of Bandung on the island Java that is also known for its rich Gamelan music tradition. Yanti Bersadaura consisted of the three sisters Yani, Tina and Lin and existed only during the early 70's. After their first album they performed at many places around Indonesia and got more popular across the country. They also had occasional television appearances. But shortly after two of the sisters got married they fell apart leaving behind just a couple of records.

Anggrek Merah (Red Orchid) is one of their first albums from 1971 and displays a wonderful interplay of soft-psych arrangements, rock 'n roll influences and early 70's organ exotica. You can even hear the built-in rhythm box of the 60's organ leading some of the songs. This album has been shared before and can be found elsewhere online. From what I know it has been released on vinyl in Indonesia and Singapore and is fetching some insane prices today. The thing with those old records from that part of the world is that their quality is rarely pristine. The digitized copies online have lots of cracks and pop which is ofcourse completely understandable. Still that's why I figured it would be nice to share this never played cassette since there is almost no loss of sound quality (it's a cassette!).

The label putting out this cassette somehow decided to extend the original Anggrek Merah album with tracks by singer Annie Rae which doesn't show on the front cover, but is a nice extra on this great cassette of Indonesian female singers. The music of the Yanti Sisters reminds me of the all female rock and roll band Dara Puspita from Indonesia but also resembles the Japanese trio Moko, Beaver & Olive or maybe even the Girls From Bahia from Brazil.

Fly away to 70's Indonesia, see and smell some red orchids in the sun, it's time to experience some psychedelic exotica sounds.

Get your ticket HERE

Message:
So much incredible home-taping cassettes are coming to the blog soon, the material is overwhelming. I just try to do what I can. Thank you all for the support throughout the years! - Bence AI
Posted by Bence at 04:30 4 comments: 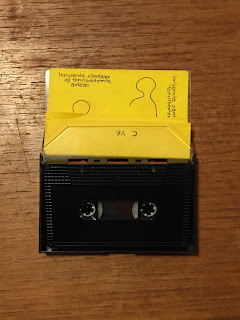 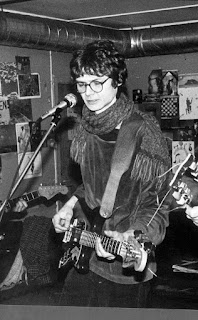