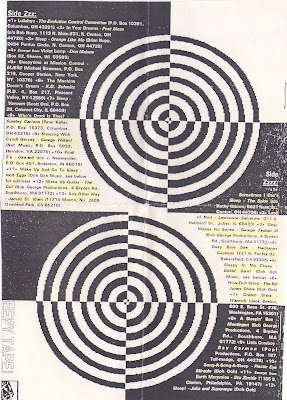 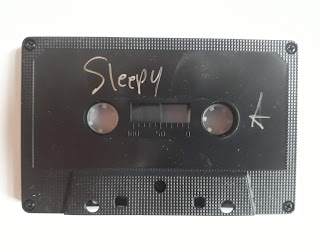 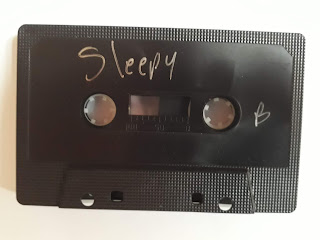 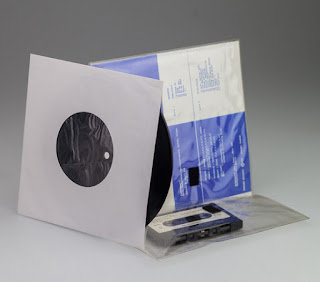 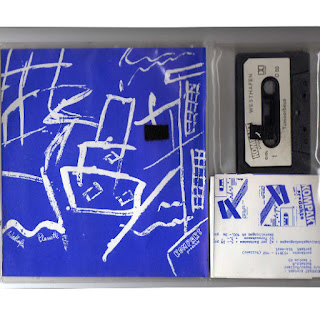 About a year ago a couple of hundred of tapes from an old collection came into my hands. Most of them were self-recorded copies of existing albums, mostly vinyl, that someone had been copying throughout the 80's. The majority of the music on these cassettes did consist of weird new wave, experimental and industrial music. I started to devide the tapes into different sections, the exact recorded copies of albums I put away in one box and the unknown cassettes without any written information on them I stored away in another box to examine. I also threw away dozens of tapes that were poor in quality and had nothing to do with underground music in general. Even now I still have some bags left with the unknown cassettes. I still have to listen to them and figure out what is on there.

In-between all of this stuff there was a self-made series that consisted of overdubs of rare NDW cassettes all with typewriter style titles and tracklisting. Because of that information I could luckily connect this one here to its original: a release I had been looking for over at least a decade. Thus, the digitization of this is somewhat less sharp sounding because I had to use a copy as source. Nevertheless we should be very happy that someone copied this rarity in 1981 for us to hear today! It doesn't seem likely this will surface any time soon in any sound quality (also with regard to the collectors who do seem to have this).

The Westhafen Plassette (Platte und Kassette) is a true relic and highly important item of the West-Berlin underground music scene of the early 80's. Released in a scarse edition of only 200 copies this three-way split release, that consisted of a 7 inch vinyl and a cassette, compiled three underground groups hailing from Berlin: Bodenpersonal, Tumorbeus (Read: Tumorboys), and Siedlerheim. It came out on the obscure cult label Kompakt Produkte from Berlin. The music consists of some of the purest experimental minimal synth and DIY new-wave music in the tradition of the grey and wall-divided Berlin music underground of the time:

Bodenpersonal with their Zufallsprodukt Eines Langweiligen Wochenendes (Chance product of a boring weekend) was recorded in a factory in Berlin in 1980 and consists of great minimal synth and DIY-music improvisation.

Tumorbeus create such abstract synthesizer driven atmospheres that the music almost becomes techno-like, mindblowingly ahead of its time to say the least. I really wonder whether they did more music in those days. They also remind me a bit of the Studio 12 bands from Haarlem, The Netherlands from the early 80's with bands like Nexda and Cargo Cultus.

Siedlerheim seems to be the more traditional NDW group, but also ventures into electronic experimentation. They have more structured tracks with vocals and even incorporate the occassional saxophone burst. Maybe their sound is actually the most representative West-Berliner sound of the time. An energy that was also captured strongly in the Berlin Super 80 film, that gathered underground music and performance video's recorded on Super 8 Film by different artists from Berlin during the 80's (I will add that video below. Update: the video has been removed). Both Bodenpersonal and Siedlerheim have been re-released more than a decade ago by the great WSDP label specialized in rare NDW cassettes. Some of the tracks that are on the Westhafen Plassette were also compiled by WSDP, just not everything.

The Westhafen Plassette is partially a musical time-document but it also displayed its avant-garde vision of futuristic musical possibilities beyond the political barriers of the bleak urban landscape and society of Berlin at that time. It stands closely next to many other important underground bands from Berlin of the time like Kompakt Produkte peer band Thorax Wach, Notorische Reflexe, Die Tödliche Doris, Sentimentale Jugend, Malaria!, Einstürzende Neubauten, An Die Schwarze Kunst, Sprung Aus Den Wolken and many more. Both in instrumentation and energy very strong. Those analog machines in combination with this urgency to experiment really resulted in some of the greatest music in general it seems.

It's nice to post this on the blog since 2019 marks the 30th anniversary of the fall of the Berlin Wall. If you would like to dig deeper into the theme of the underground music history of Berlin I really recommend the book Berlin Calling, A story of Anarchy, Music, the Wall and the Birth of the New Berlin by Paul Hockenos (2017).

A long story this time, anyway... could have saved this one for Christmas, but I have so much more to share on the blog... Enjoy! Sturm und Turm! 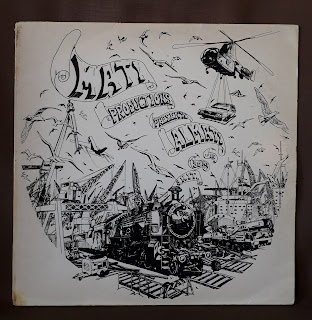 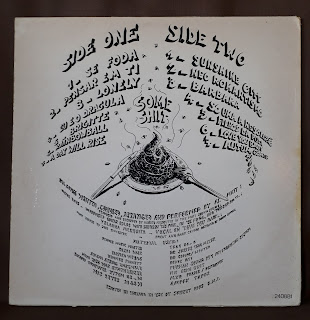 Al Mati was the mysterious pseudonym project by Portuguese musician Alberto Mesquita who recorded this album in 1981 with guest appearances by Victor Enes on Guitar and Yolanda Mesquita (the voice on 'Love You Baby'). The album was privately issued here in Holland. There is nearly no information to be found about this album whatsoever but apparently the musicians were immigrants from Portugal that had settled in The Netherlands during the early 80's.

Since this record is fetching some astronomical prices online and happened to cross my path I thought it was only right to digitize it to demystify this a bit. Unlike the title "Some Shit" suggests in combination with the crazy artwork, the music on here is not too adventurous and quite average. The music consists of pretty much conventional pop music and classic 70's folk with some rock 'n roll slows by way of electronic adaptations. Musically not that special, aside from the couple of enjoyable tracks that are more intricately composed or the ones which are sang in Portuguese.

However I still think that Al Mati has its place in the world of obscure private releases and the home-recording history, specially in the Portuguese context and ofcourse even more as a Portuguese music relic issued in The Netherlands. Nevertheless it's not as interesting as the great One and Poli album on which Portuguese musician Zé Salvador participated which was issued by the Gerrit Rietveld Art Academy in Amsterdam in 1985.

Anyway, the record was a bit crackly, but I guess no other copy will surface in the near future. The music reminds me a bit of the Peter Roos album I posted before or the Venezuelan private pressing by Vinicio Adames from ages ago, although a little less weird though...

So instead of spending a fortune on a copy, just put this on during a lazy morning. And make up your own mind about its value.

(Who can direct me to some interesting Portuguese stuff from the 80's? Tape culture for example. There must be more than what I could find so far! I would appreciate it!)