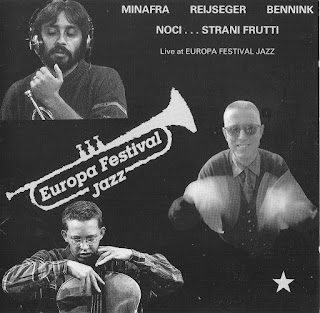 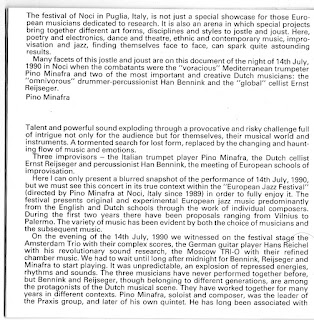 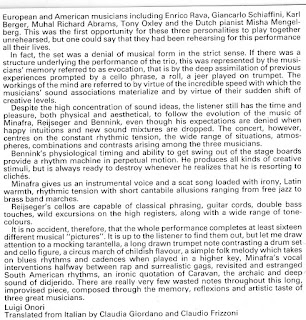 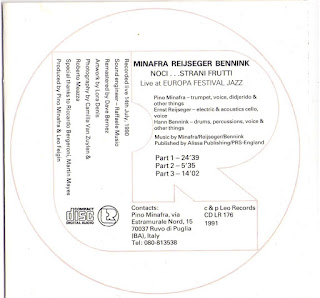 This is a rare CD-only release of a live concert of Italian jazz trumpeter Pino Minafra with Dutch Cellist Ernst Reijseger and Dutch drummer Han Bennink. It took place at Europa Jazz Festival di Noci somewhere in Puglia on the 14th of July, 1990. Because a lot of information is already in the booklet (click on it) I keep it short:

Minafra is an important figure in the Italian free-jazz and avant-garde improvisation scene. In 1990 he founded the Italian Instable Orchestra (IIO) to bring Italian jazz musicians closer together since many of them never played together because of the big distances between the northern and southern part of Italy. Minafra and the IIO can be compared to the Dutch Willem Breuker Kollektief (only less of a constant entity) and were a.o. indeed influenced by the Dutch improvisation and free-jazz scene. Hence this great collaboration with Ernst Reijseger (of whom I have posted other albums on the blog) and legendary impro-drummer, Fluxus artist and ICP Orchestra founder Han Bennink.

A nice slab of European free-jazz! Specially the voice parts. 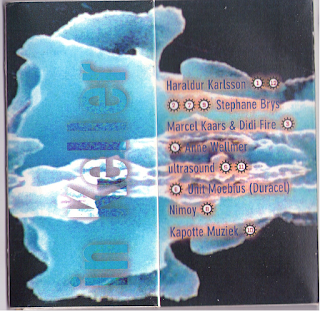 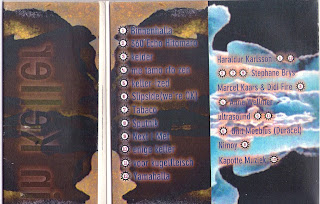 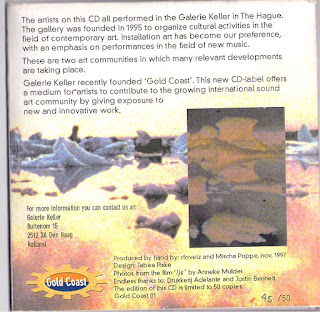