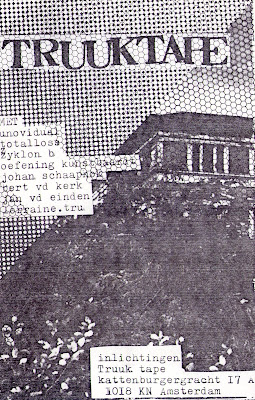 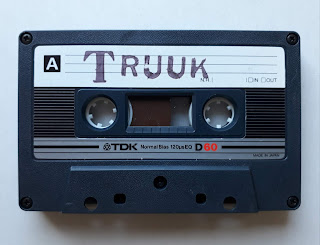 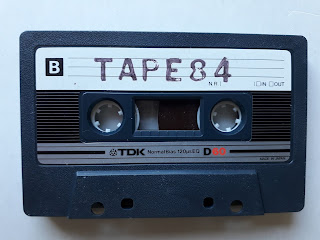 Here is another totally obscure compilation of cassette-culture from The Netherlands on Truuktape (Trick Tapes). It compiles Dutch and Belgian home-taping artists of which some are known and others have sank into obscurity. Present on the compilation are: Unovidual (Flemish home-taper Henk Wallays who played great minimal synth), Totallos, Zyklon B, Oefening Kunstbaardt (mythical Rotterdam project that released one of the most sought after 7 inches of the Dutch minimal synth underground), Johan Schaaphok, Bert vd Kerk, Jan vd Einden and Lorraine.Tru.

It's a great compilation that really displays the Dutch underground zeitgeist of the period. Half of it is electronic minimal synth experimentation and the other half is collage and experimental tunes with subversive poetry and such. On the B-Side there is a moment that we hear the Dutch former queen Beatrix speak to the parliament about the greatness of the country. Within the Dutch squatting scene and punk circles it was very common to ridicule the monarchy. During her inaugaration in 1980 a war broke out on the streets of Amsterdam between squatters and the state. The riots were known as Geen Woning, Geen Kroning, meaning No House, No Coronation. Even the Dutch army had to intervene at a certain point. It was a time when alternative lifestyles and anti-authoritarianism were peaking in Holland, the legendary Staaltape shop (dedicated to DIY cassettes) was right around the corner of the Royal Palace on the Dam Square of Amsterdam and half of the city was squatted and inhabited by underage punks and junkies. A moment of a no-future mentality, nearly no employment for the youth plus the threat of nuclear warfare between the big East and West powers. 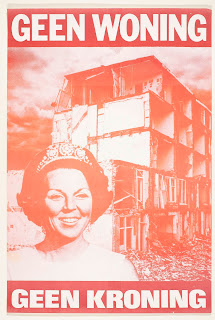 Truuktapes apparently hailed from Amsterdam and did this great compilation combining the forces of the musical DIY-attitude from those days and capturing a certain mentality just by using the right political and poetic sound bits and pieces. A way of undermining control, sharing a certain mentality with the listener and displaying the little means you need to be creative. This truly shows the power of the home-taping scene and the cassette as medium. You start playing the cassette and you get surprised by a collage of musical madness of empowering nature that you can tap into immediately and contribute to the same day. It's not made to be the greatest music, it's a message.

I left this cassette unindexed in its A and B side because there is no tracklist available and I don't know which band is which. Also in its statement as a collage of many sounds and tracks I present this here in its purest cassette form. As a compilation. Without knowing what to expect. It reminds me a bit of the pirate radio squat tape I uploaded a long time ago.

"I plant a knife in the ribcage of conscience, in the twist of thought of the executive power of the constitution, let's tolerate the fellow man like we were once cherished by the motherboard of desire. Let's cut the throat of the damage that always disposes us. Let's humiliate ourselves by self-destruction and torments of our souls. Let's become crazy and give ourselves to institutions or to the Russians near the Maas River. Give me a gun and I'll kill the queen and hurt morals.... etc".

The shock effect in writing is the impotence of poetry. 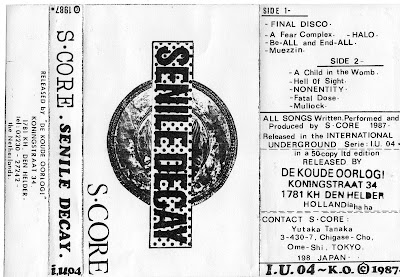 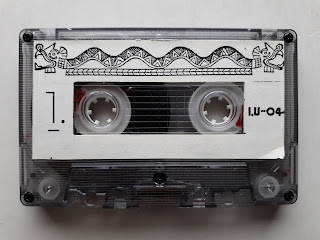 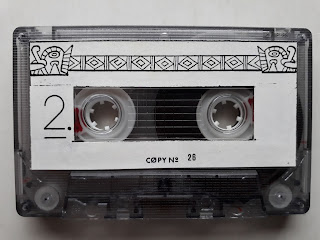 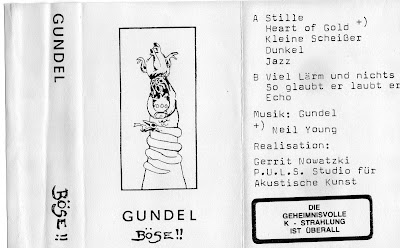 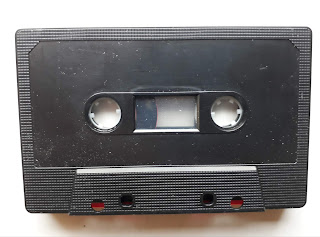 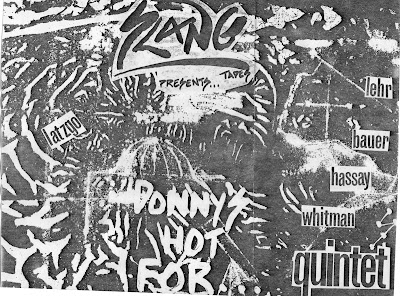 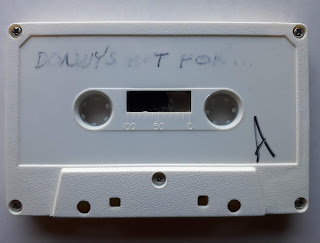 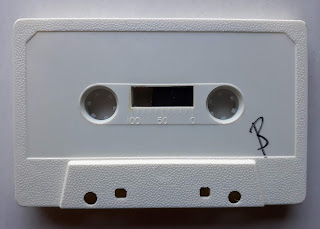 Here we have an obscure cassette by an American free-jazz and improvisation quintet comprised of pianist Donald Lehr, saxophone players Gary Hassay and Todd Whitman, Tom Latzgo on horns and electric guitar and Tom Bauer on bass. Apparently the outfit came from Allentown, Pennsylvania: the same city where these live recordings were done in 1982 and 1983.

Donny's Hot For... consists of some nice spontaneous live recordings of improvised jazz sessions that took place within intimate settings in Allentown. Surely these musicians played more often with each other. Their free-improvisation sound contains theatrical elements and humor instead of a deep and serious avant-garde attitude.

For the rest I can't find much information on the different musicians included here, except for Gary Hassay, who seems to have collaborated quite often with the Japanese impro percussionist Tatsuya Nakatani during the 90's. The label of this tape Slang Tapes is a mystery to me, but seems to have been closely connected to the musicians as we can hear a jolly interview with them at the end of the first side of the tape showing their light-hearted approach to this release.

In the middle of all the post-punk, wave and home-taping cassettes I've been posting to the blog, here's a moment of unknown jazz improvisation from the US, surely finding its way to some interested listeners on that particular side of the musical spectrum.

Get it HERE / Mirror

PS.
So what are we doing with Zippyshare? Is half of the world still not able to get the files? I started mirroring some links on Sharezynga, is that working? Is there a better free alternative? Feel free to say something about file-hosting or share ideas to help out.
Posted by Bence at 10:21 No comments: 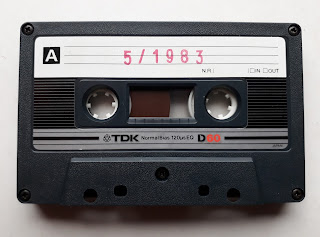 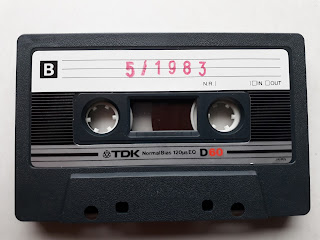