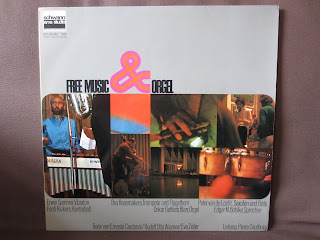 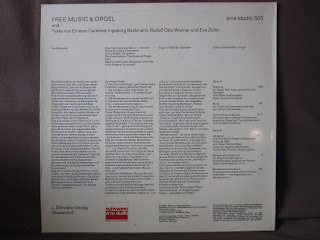 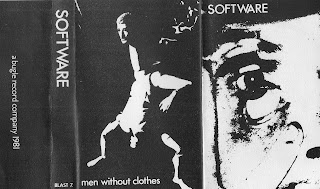 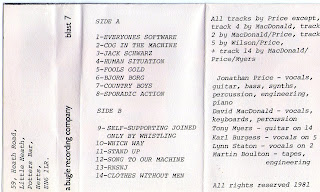 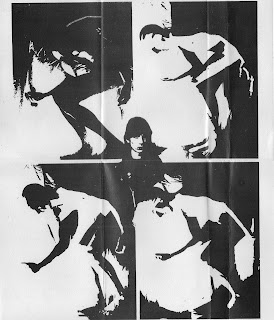 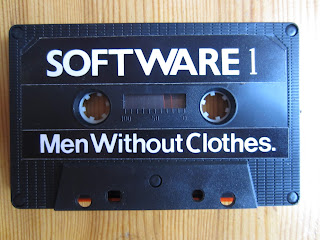 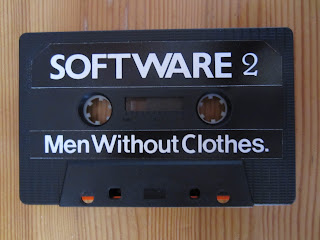 So apparently some really rare cassettes are being handled with museum prices. Sometimes it makes you think that they must be the most interesting ever or contain that secret gem which would wipe out anyone's music collection. I know maybe ten copies of them exist... but we stick to the DIY ethics through which it was created and no, we don't drive these prices through the roof.

Software were an excellent UK experimental minimal synth group belonging to the UK DIY cassette culture. They released this one album on the Bugle Records label which a.o. published the music of The Astronauts. It was one of the many iconic labels pushing the authentic post-punk sound from early eighties Britain. I could name numerous UK post-punk or minimal synth labels from the time, but we all know where to place this music. This is some great stuff.

Men Without Clothes showcases great inventiveness of synthesizer manoeuvres sometimes reminding me of Vice Versa, The Gadgets or more primitive Legendary Pink Dots. The typical cynical empty yet humoristic post-punk is combined with more synthetic dance tracks and primitive DIY guitar usage. A truly authentic example of the English synth underground in its prime in 1981. Does this need a reissue? Yes.